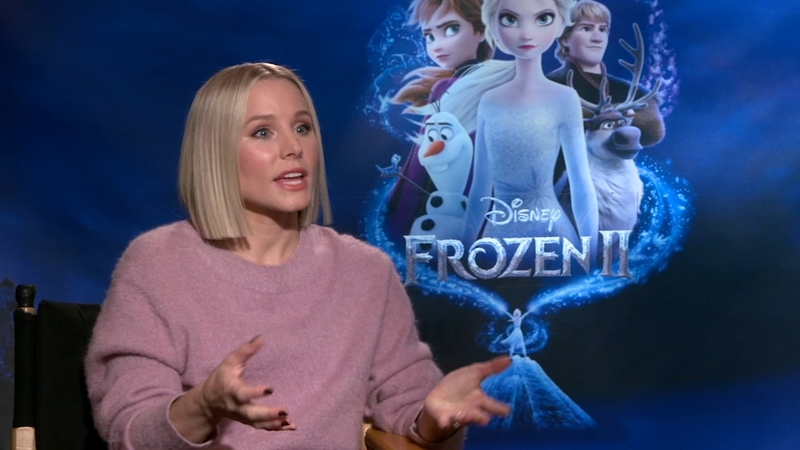 CHICAGO (WLS) -- "Frozen" is an Oscar-winning blockbuster that became an instant fan favorite six years ago. A new adventure with those beloved characters and lots of new songs opens in theaters on Friday.

"We were proud of the first one, because most movies are about romantic love, ours was not, that was in the background...We made a movie about self-love and familial love, which I think are more important than romantic love," said Kristen Bell, who voices the fearless Anna.

"We can learn from history, because we all can. Our grandparents didn't make the best choices at all times, we've become better people with every generation, and that's sort of what Anna and Elsa do as they turn out and face the world in this movie," Bell said.

Audiences will see Anna grow as a character in the sequel.

"In this movie I really wanted Anna to deal with her co-dependency. She does everything for Elsa and those around her, so what's she supposed to do when she's gotta only think about herself? That whole idea of exploring self-love and how you can have confidence and self-esteem and I think we did a pretty good job of it," Bell said.