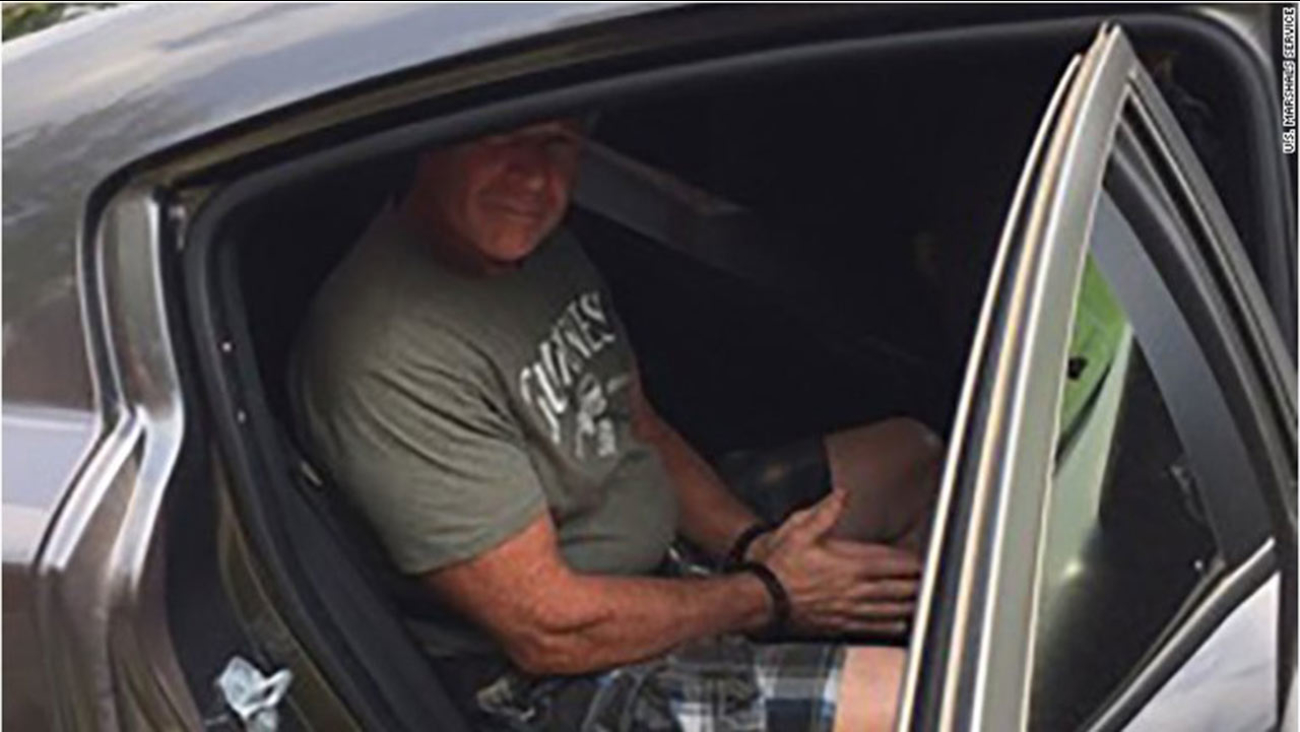 DEER PARK, Ill. -- Dino Curcio, a fugitive wanted for sexual assault of a minor, has been captured in a Chicago-area village days after being profiled on "The Hunt with John Walsh," the US Marshals Service said in a news release.

After the episode aired Sunday night, "The Hunt" tipline received more than a dozen reports. Two tips said Curcio was in Deer Park, about 40 miles west of downtown Chicago.

The marshals' assistant chief for the district of Colorado said the tips were "pinpoint accurate."

"We want to thank 'The Hunt' very much for his capture," Tim Hughes told HLN.

Curcio was arrested without incident by marshals from a regional task force. He is being held at a jail in Lake County.

He is wanted in Boulder, Colorado, on a 2012 warrant. He was charged then with sexual assault of a child by a person in a position of trust. His alleged crimes occurred in 2005, the Marshals Service said.

Hughes said Boulder police have put together an excellent case on "just a sick individual."

Curcio would be extradited to Colorado soon, Hughes added.

The hockey coach and the Swedish girl

In 2004, Curcio left his home in Minnesota to coach a hockey team in Boulder. Months later, two of his players went to Sweden to stay with the family of a woman he said he once dated when he was a teenager.

In December 2005, the daughter of the Swedish host family went to stay with Curcio after her mother arranged the visit to help the 17-year-old get away from a difficult situation at home.

The woman, now 28, said she had several strange phone calls with Curcio, then 47, before she left for America.

She told "The Hunt" that within days of her arrival, Curcio raped her on several occasions.

Eventually the woman's visa expired and she had to return to Sweden. But she said her relationship with her mother was now strained and she returned to Boulder.

On her 18th birthday, Curcio took her to Las Vegas, she said, where he coerced her into marrying him.

They moved to Ames, Iowa, where he had a coaching job.

A few years later, she called police because Curcio was becoming increasingly violent, she said.

"My turning point was when the violence started escalating in a way that really, really scared me," the woman told "The Hunt." "He would get upset with me, I'm not sure why, it just didn't seem, it seemed like it was out of place."

She planned to move away from him, but he threatened her, she said.

"I told him that I was going to go to Florida and just teach a little bit of yoga. He told me that he had looked in my bag and (criticized her clothing). And then threw me down, he punched me. Then he told me that, 'If you don't shut up, I'm going to get a knife and I'm going to stab you in the throat.' I just grabbed my bag, went out the door, he came after me. He was chasing me down the street, yelling after me. I ran to a gas station and they hid me in the kitchen."

Curcio was arrested and posted bail. He never showed up for his pre-conference hearing nor his trial.

The last place he was known to have lived before being caught Thursday was at an apartment in Tacoma, Washington, where he lived until fall of 2014.

His landlord told "The Hunt" he disappeared as if he needed to flee, leaving behind his car and his possessions.

The Marshals Service didn't say when Curcio will appear before a judge.