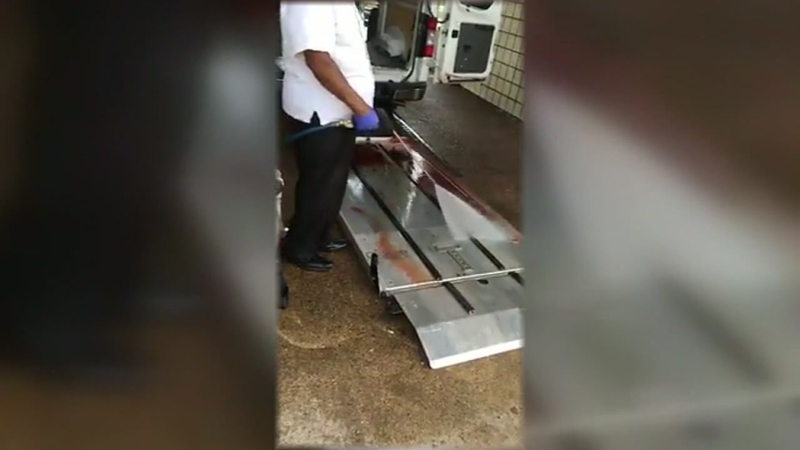 HOUSTON, Texas -- A video taken at a car wash on Lyons Avenue has some people heated. It shows a funeral home employee rinsing out a red liquid from the company van, while a bystander scolds him.

"It was really disturbing to where I had to come down and make my calls. I called 311 to see what we could do in reference to this. It did appear to look like blood, which is disturbing," neighbor Debra Castillo said.

Others have reached out expressing the same concern, so we went to Esperanza Funeral Home for ourselves. Owner Bono Pulido says the public has it all wrong.

Pulido says they take proper care in their first response vehicles, which goes and picks up human remains. They typically mop and sanitize the vans themselves and would never do anything unethical, he said.

Erica Simon has more on a funeral home employee seen washing red liquid from a van.

We reached out to the Texas Funeral Service Commission, which oversees Esperanza, but so far, haven't heard back from the corporate team in Austin.

"We welcome any questions. We have not done anything that is wrong, that I know of. I have not been communicated with from the general commission, who regulates us," Pulido continued.

"The appearance is not good. It wasn't to me and may be disturbing to others just as well," she said.