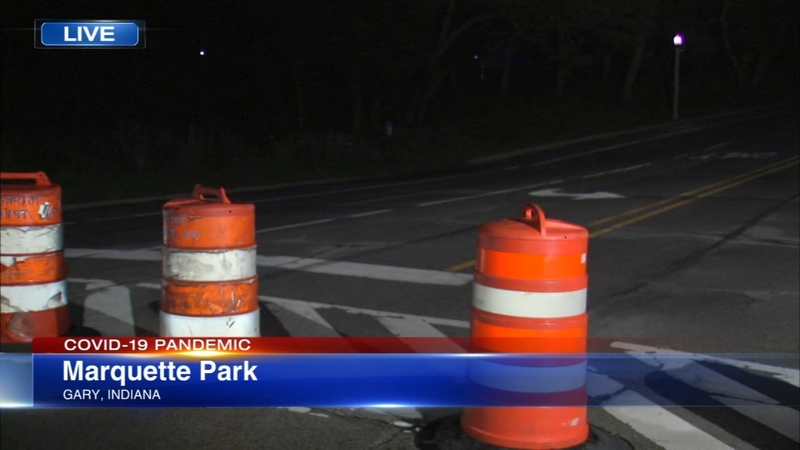 GARY, Ind. (WLS) -- Police will be on patrol along Gary's Lake Michigan shoreline starting Wednesday to enforce the temporary Beach Closure order which is set to last at least two weeks.

"I think Indiana was very late in the game to applying the mask rules and if they had done so maybe we wouldn't be where we are today," Chicago resident, Dr. Amy Yuksel said.

The city also announced the temporary closure of Marquette Park, another area that has been popular for summer gatherings for both Gary residents and Chicagoans.

Mayor Jerome Prince said in a statement Gary police will be patrolling the area to make sure people are complying with the temporary order.

Gary has closed its beaches, Marquette Park and their parking lots to prevent crowds and, thus, the spread of COVID-19.

"If it's for public health, then I'm all for it," said Kay Burgess, a Gary resident. "We're dealing with a crisis right now and whatever we can do as far as getting-squashing that curve, crunching it then I think it's for the best of the community."

The crowd at the beach on Tuesday was a good mix of Chicagoans and Indiana residents.

Some Chicagoans at the beach said the city's travel order coupled with the closed lakefront left shrinking options for ways to enjoy what is left of summer.

"Given that people are not fully engaged in air travel yet and states like Wisconsin are now added to the quarantine list, it makes Indiana sort of a prime place for a day trip from the city so it's disappointing to not have that," Yuksel said.