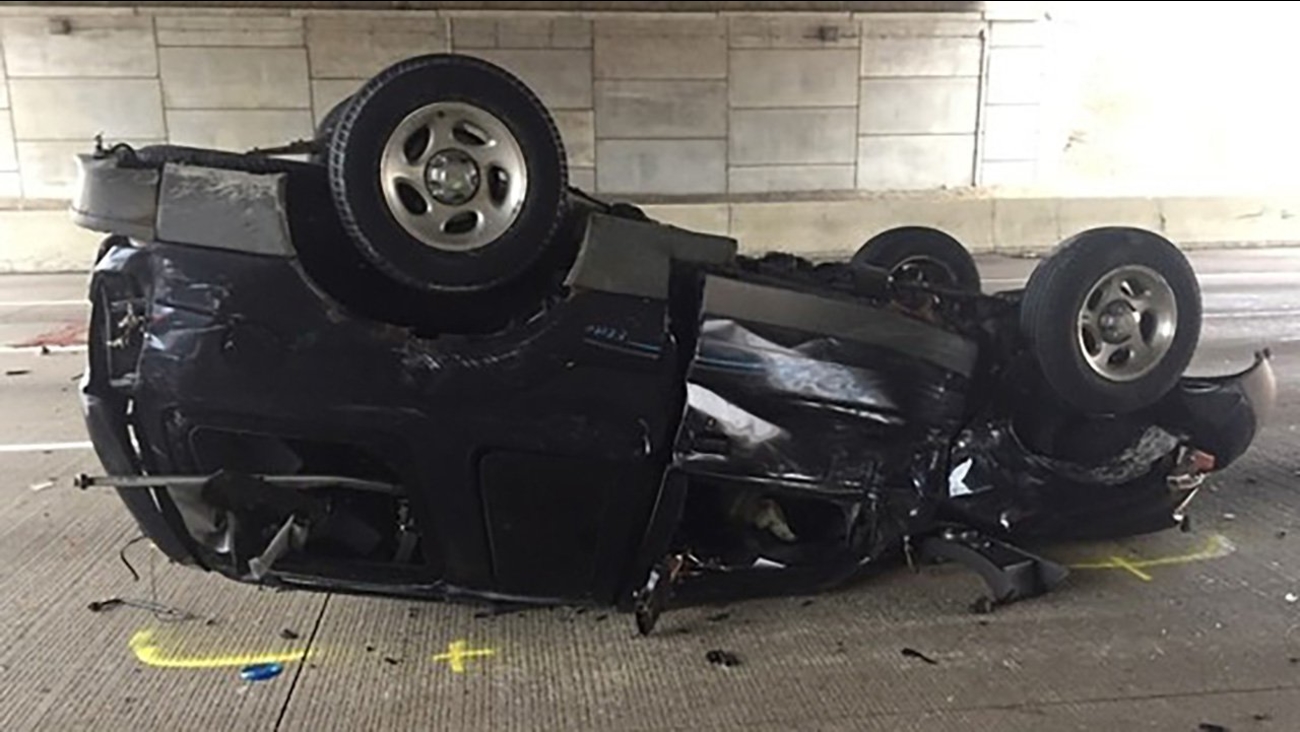 GARY, Ind. (WLS) -- Two men were killed early Saturday after they got out of their vehicles following a crash on Interstate 80/94 in Gary in northwest Indiana, state police said.

Nathaniel McIntee, 31, of Merrillville, Ind., and Jason Howard, 34, of Fairmont, West Virginia, were identified as the victims, according to the Indiana State Police.

At about 4:13 a.m., McIntee and Howard were traveling eastbound on the expressway near the Grant Street exit in a 2002 Ford Explorer when their SUV sideswiped a semi-trailer. The Explorer driver lost control and flipped over onto its roof. McIntee and Howard, one of whom was driving and the other a front-seat passenger, crawled out of the Explorer to help a third passenger in the backseat. The third passenger was identified as being a 29-year-old Gary man, who was a relative of the men.

As they were helping the back passenger, the Explorer was struck by a black, four-door Volkswagen, possibly a Passat. The driver of the VW also hit a 2004 Honda Pilot who had pulled over to assist the Explorer. The VW driver got out of the vehicle and then got back into his car and drove away, state police said.

Then, a 2007 Hyundai Santa Fe, whose driver said he swerved when a vehicle in front of him hit the brakes and swerved, struck either McIntee or Howard, according to the driver.

It was immediately unknown which vehicle hit the second victim.

The victims were pronounced dead at the scene. McIntee was identified as the brother of the Explorer passenger; Howard was the passenger's nephew, state police said.

The Explorer passenger and the Santa Fe driver were taken to North Lake Methodist in Gary with non-life threatening injuries.

Traffic was diverted off onto Grant Street until about 9 a.m.