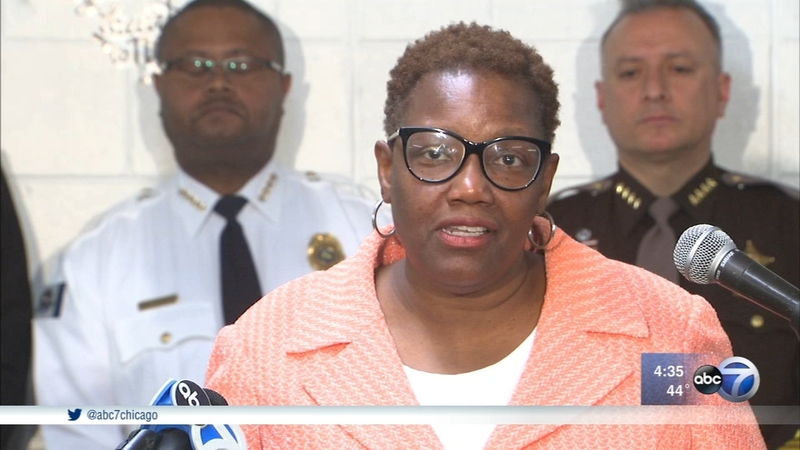 GARY, Ind. (WLS) -- Facing an increase in homicides this year, Gary city officials want people who live in the city to get involved. So Friday, the mayor, police chief, and several faith and community leaders asked residents to take a simple step - do something.

"The community has a large role to play," said Gary Mayor Karen Freeman-Wilson. "The message here is it's everybody's job. A lot of people in our neighborhoods, a lot of our citizens act like armchair quarterbacks when it comes to violence."

The call to action comes after an uptick in violence this year. So far, Gary homicides are up 15 percent when compared to last year, according to police.

Police Chief Richard Allen said he has increased patrols, and the department is partnering with local and federal agencies to cut crime.

"We're all in this together. Nobody is bigger than anybody else. We need to help each other so we can reduce the amount of violence that's occurring in our community," said Chief Allen.

The Ten Point Coalition is a faith-based effort that will help youth 12 and older.

"Most of these young people need a mentor," said Rev. Edward Turner, a Ten Point Coalition coordinator. "And if they see a very viable, visible face that really they can trust. We want to be that person they can trust."

Councilman Ron Brewer agrees. "A lot of our young people are looking for just that - someone that is concerned, someone that cares," he said.

The mayor says Gary's homicides mostly fall into 3 categories. Group-involved homicides, like gangs, drug involved, and domestic violence. And she says a few people are the problem.

"We're not going to let a small percentage, less than 5 percent of the population, govern the way the other 95 percent live our lives," the mayor said.