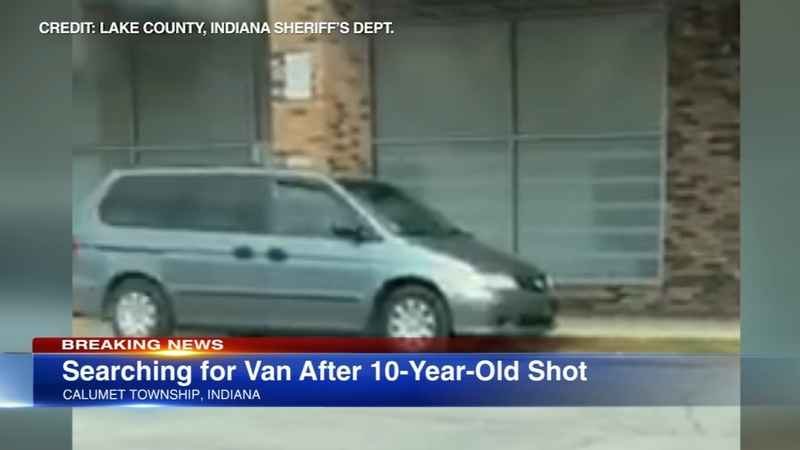 CALUMET TOWNSHIP, Ind. (WLS) -- Police have released a photo of a blue van they say is connected to a shooting that left a 10-year-old girl injured in northwest Indiana Tuesday night.

Police said that at about 3:20 p.m., the blue van parked at the Dollar General store in the 4100-block of Cleveland Street in Calumet Township. Witnesses said the girl was in the area with her two older brothers and their two dogs.

At one point, one of the dogs broke free and charged at the driver of the blue van. The man opened fire, but missed the dog and instead struck the girl in both her legs.

The girl was taken to Methodist Northlake Hospital in Gary for treatment and has since been released from the hospital and is recovering.