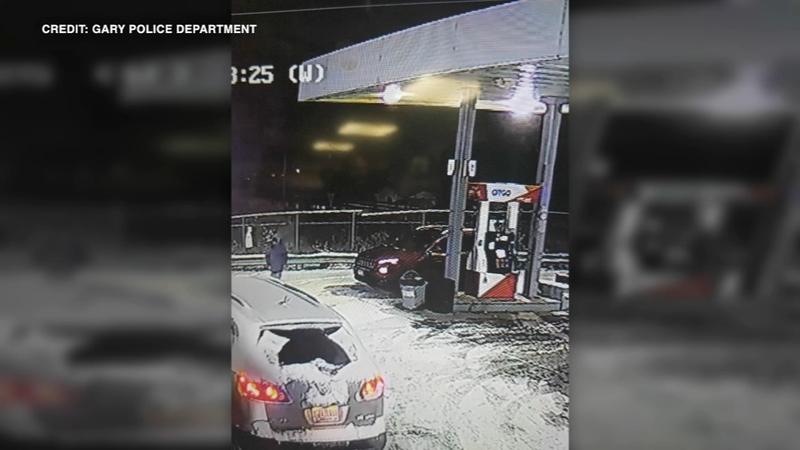 GARY, Ind. (WLS) -- Police are looking for the car thief who shot and killed a man in Gary early Monday morning.

Police said shortly after 5 a.m. officers were called to a home in the 1300-block of Chase Street. When they arrived they found a man who had been shot in the face, but was still conscious.

The 44-year-old Gary man was taken to Methodist Northlake Hospital, where he later died. Police said he suffered a single gunshot wound to the face.

During the course of the investigation, police discovered the man's car had been stolen from a nearby gas station. Police said when the victim confronted the man who was driving off in his vehicle, the suspect shot him.

The victim's car was recovered nearby on Clark Road. It is described as a red or maroon four-door midsize SUV, possibly a Jeep Latitude or similar make.