3 in custody in murder of Gary Police Officer Jeffrey Westerfield 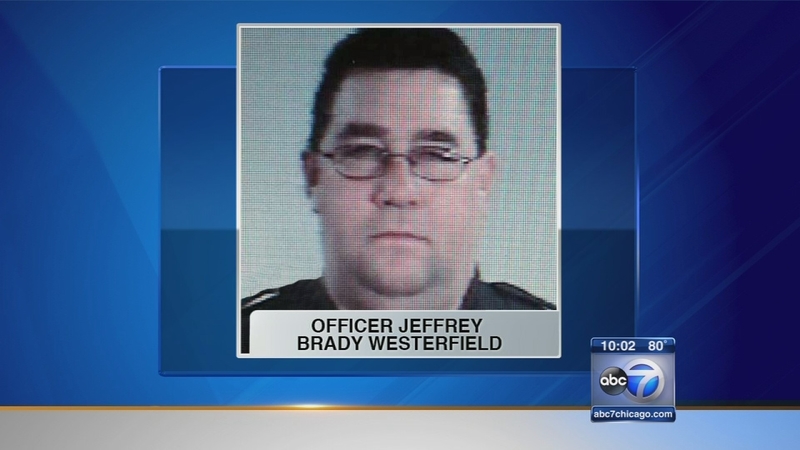 GARY, Ind. (WLS) -- Three people are being questioned in the killing of Gary Police Officer Jeffrey Brady Westerfield, who was found dead in his patrol car on his 47th birthday.

Lake County sheriff's police have three young men in custody Sunday night. A written statement from the Gary Police Department refers to one of them as a "person of interest." Law enforcement sources said charges are expected.

A neighbor noticed Westerfield's police vehicle with its light on early Sunday morning. Westerfield was slumped over the wheel. He had been shot to death.

Police said Westerfield had apparently answered a call, but could not release details.

"At this time we are not in a position to elaborate on that," said Gary Mayor Karen Freeman Wilson.

As Westerfield's body was removed from the scene, police surrounded a home just two blocks away. After a six-hour standoff, tactical teams moved in around 3 p.m. Sunday and arrested three men inside the home.

Police said the men, one of whom had a possible gunshot wound, did not resist arrest once police gained entry.

"They're being taken into custody for interrogation," Lake County Sheriff John Buncich said. "More for you in a little bit."

Some neighbors on the block say the house where the standoff occurred has visitors at all hours. .

Westerfield, a Desert Storm vet, is survived by four daughters and his fianc, Denise Cather.

"Whoever killed him needs to know, they took away a man that cared about this city. He cared about all the people who lived here," Larry Lauderdale said.

The flag flying at half-staff marks the first time in six years that violence has taken the life of a Gary police officer.