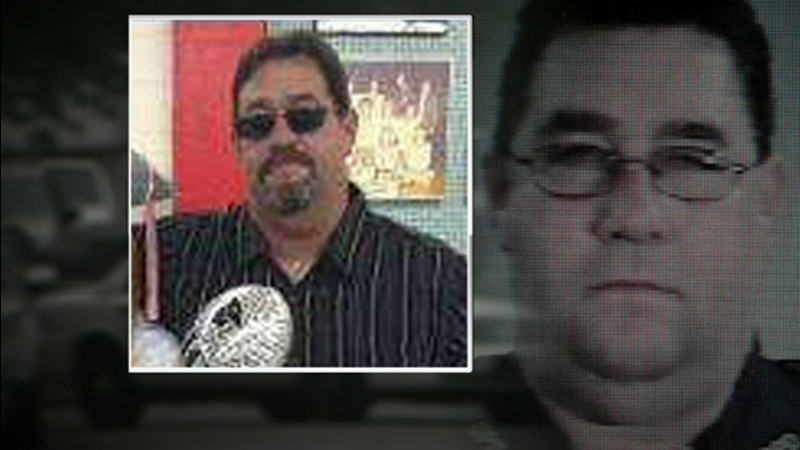 GARY, Ind. (WLS) -- Gary police have a person of interest and two other individuals in custody after Officer Jeffrey Westerfield was found dead in his squad car on his 47th birthday.

Westerfield, a 19-year department veteran, was found slumped over the steering wheel of his vehicle around 4:45 a.m. Sunday in the 2600-block of Van Buren Street. He had apparently answered a call for shots fired. His service revolver was still in his holster.

A source says that shell casings were found at the scene, suggesting multiple shots fired. His squad car was found with headlights and a floodlight on, next to a corner with foot-tall grass. It is not clear where the shooter came from, how close they were to the car, or whether it might have been an ambush.

Tactical teams took three young men into custody Sunday night about two blocks from the scene of the fatal shooting, which was shut down for six hours for investigation.

"Our tactical teams, acting on a tip, just hit a house over here down the street in the 2600-block of Jackson Avenue," Lake County Sheriff John Buncich said.

Police said one of the men had a possible gunshot wound and was taken to the hospital. A person of interest is being questioned and is in custody as a result of a domestic call, authorities said. No charges have been announced.

Dozens of officers saluted Westerfield's body as it was moved from the scene. A black memorial cloth draped over the windshield of a squad car was parked outside the Gary Police Department Monday morning, in tribute to the fallen officer.

"They took away a guy that cared about this whole city, all the people that lived here," said Larry Lauderdale, the victim's friend. "Jeff didn't deserve this."

Westerfield, who fought in Operation Desert Storm, is survived by four daughters from a previous marriage and his fiance, Denise Cather. They had plans to wed next month.