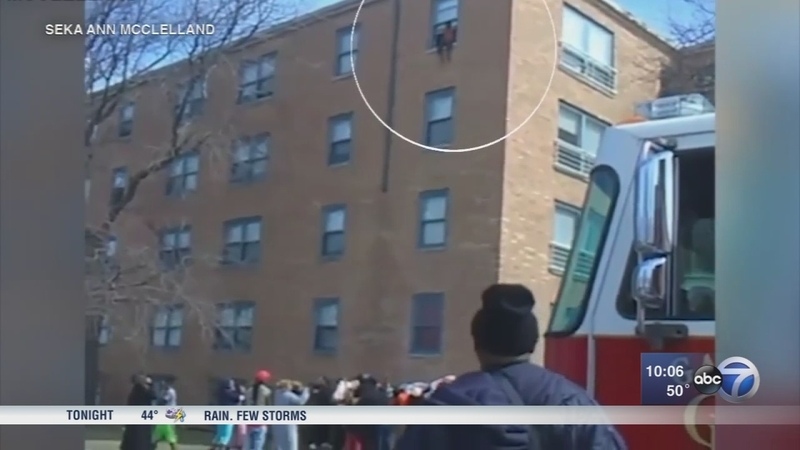 Boy, 8, jumps from apartment fire in Gary: 'I didn't want to die'

CROWN POINT, Ind. -- A Gary woman whose prison sentence was thrown out on appeal in a 2018 apartment fire that killed two of her children will be resentenced this month to no more than 42 years in prison.

Gober admitted leaving her three children alone overnight in March 2018 in their fourth-floor Gary apartment while she drank alcohol and spent the night with a maintenance man.

RELATED: Boy, 8, jumps from apartment fire in Gary: 'I didn't want to die'

During her absence, the youngsters accidentally started a fire while making breakfast for themselves. The fire killed two of them, Kailani Gober, 2, and her brother, Khristopher Gober, 4, while a 6-year-old sibling survived the blaze.

The Indiana Court of Appeals ruled in February that Gober's sentence should not have exceeded 42 years.

Under Indiana law, a defendant cannot be sentenced to more than 42 years if their convictions are not for crimes of violence and arise from "an episode of criminal conduct," The (Northwest Indiana) Times reported.

The court wrote that neglect of a dependent is not a crime of violence, and Gober's convictions arose from her decision to leave her children alone for 15 hours.

Gober is scheduled to be resentenced on June 28.