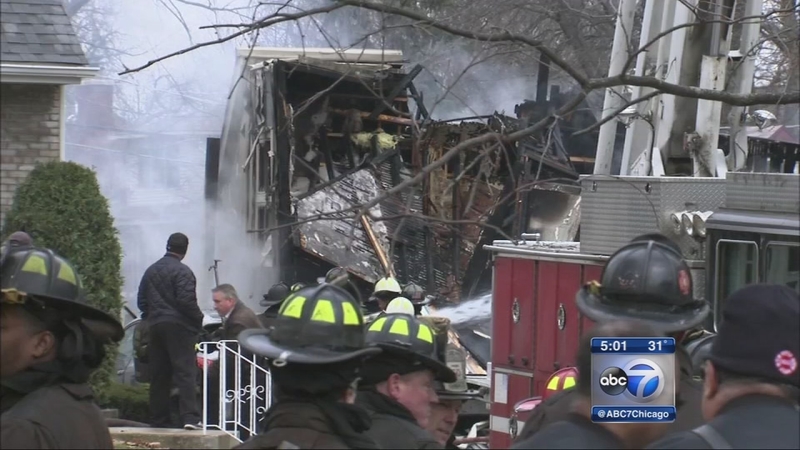 CHICAGO (WLS) -- No one was injured when a house exploded following a report of the smell of gas in the Morgan Park neighborhood Tuesday morning. The fire caused by the explosion has been struck and gas service has been restored to all but one home nearby.

The fire department says they were notified around 8:30 a.m. of the smell of gas in the 2100-block of W. 107th Place. People's Gas responded to the scene and called 911. Officials say they were in the process of shutting off gas service to the block when the house exploded. 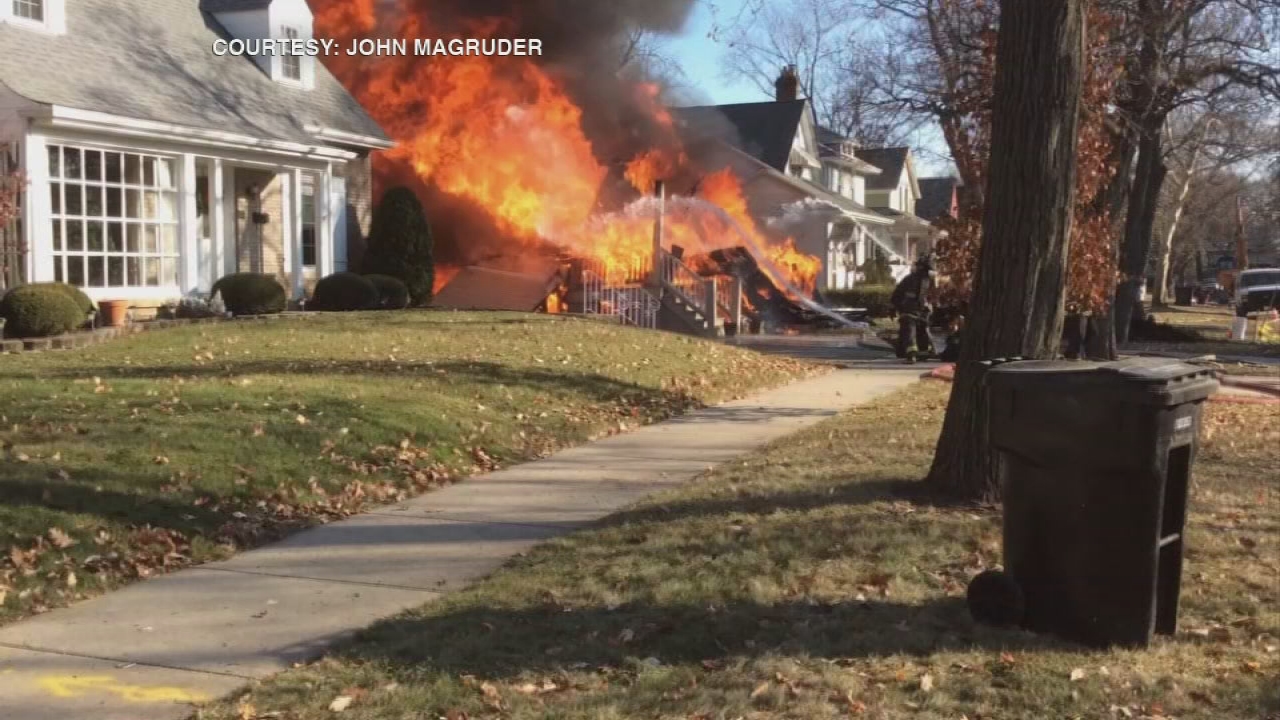 Video shot by a neighbor shows flames pouring from the house just minutes after the explosion. The entire house was engulfed within seconds. Homes on either side suffered only minor damage.

Neighbors say the homeowner, who teaches kindergarten at a school nearby, was at work and her son was already at school when the house exploded. Two other children were away at college. The fire has destroyed everything in the home.

"Just as I pulled into the driveway, put the car in park, then boom! I hear this really loud sound," said Magruder. "I think for a second, that was not construction equipment, so I jumped out, I looked and the front of the house had already collapsed in and there was smoke coming out of it."

Peoples Gas said they were told a third party damaged a pipe, causing gas to escape. Many neighbors said the break was caused by city water crews who are replacing old water pipes under the street, and had been working directly in front of the house that exploded.

Gary Litherland with the Water Department says the department did have a crew in the area.

The family's dog was in the house at the time of the explosion and did not survive. The mother and son are staying with neighbors nearby.

Peoples Gas is reminding residents that if you smell gas, leave the property and call 911 or Peoples Gas on 1-866-556-6002 and report it. Peoples Gas will send a technician to investigate the source of the smell at no cost. 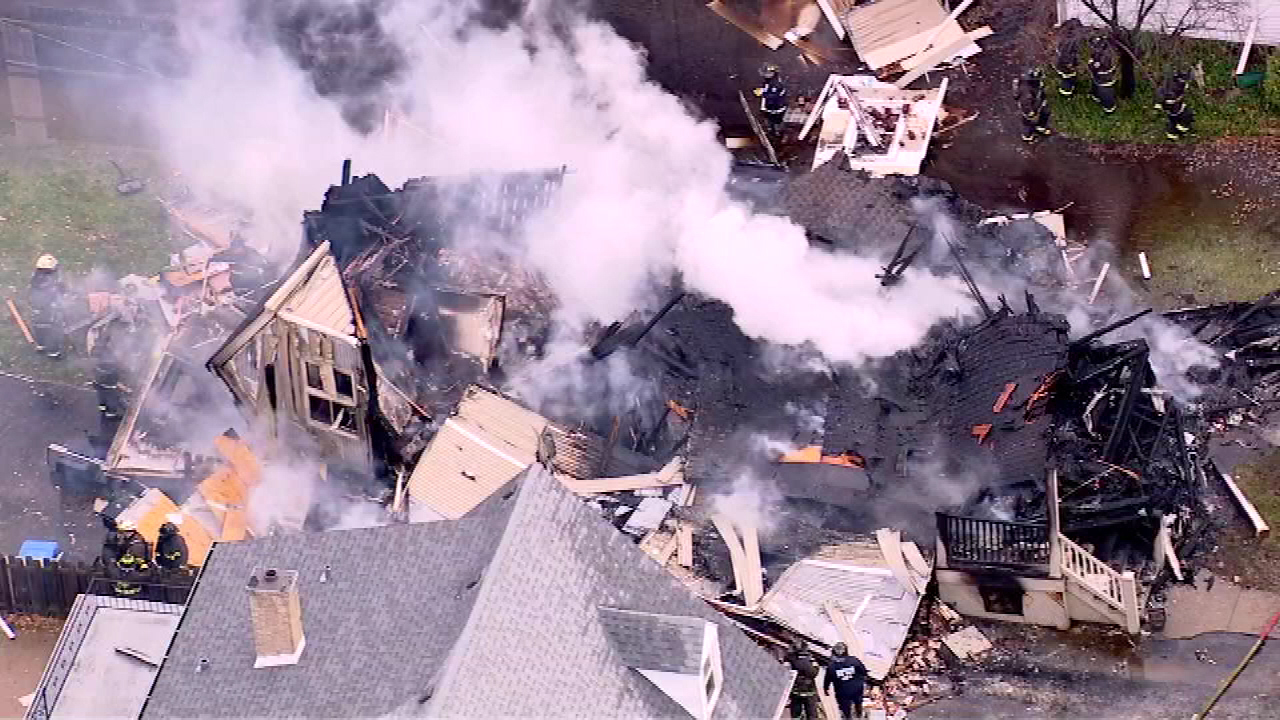