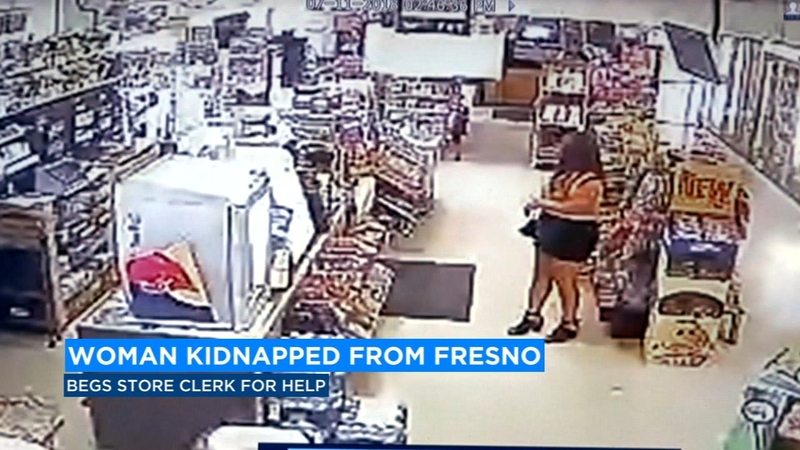 FRESNO, Calif. -- A gas station clerk is being called a hero after springing into action when a woman shaking with fear, pleaded for help to hide her from kidnappers.

Surveillance video shows the woman walking into the Northern California gas station and talking to the clerk inside.

Savannah Pritchett locks the store's front door and walks the woman towards the restroom, locking her inside and giving her a cell phone to call 911.

Then the clerk lets the alleged kidnappers into the store.

"I knew that if I left the door locked they would have caught on to something and probably took off. So I went back up there and I unlocked the door. They seriously had no idea that I knew anything," said Pritchett.

The suspects told police that the victim had been kidnapped a day earlier in Fresno and was sexually assaulted.