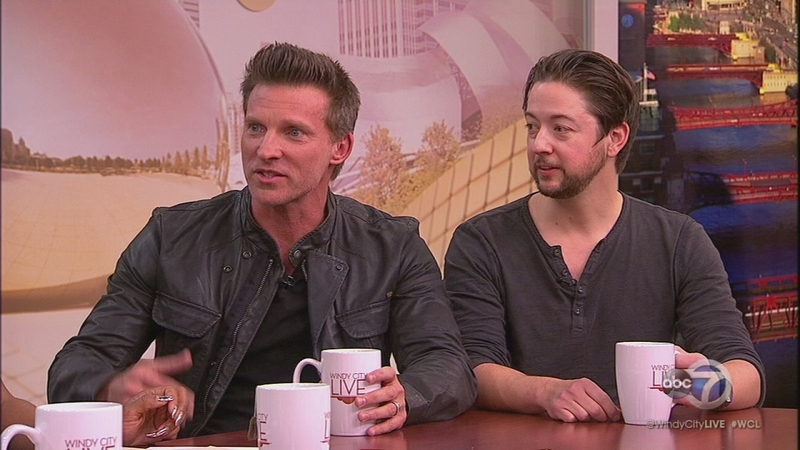 They are in town for a meet and greet with fans, and stopped by WCL to talk about GH and the things they've been up to. Bradford has been busy at GH, but took time to tape some episodes of Showtime's "Homeland." Steve is busy with his own nutrition line, and has dabbled in the restaurant business.

Then we challenge them to a game we call "Surprise Soap" where we create a soap opera, but the players don't know what they're doing until it appears on the screen!!