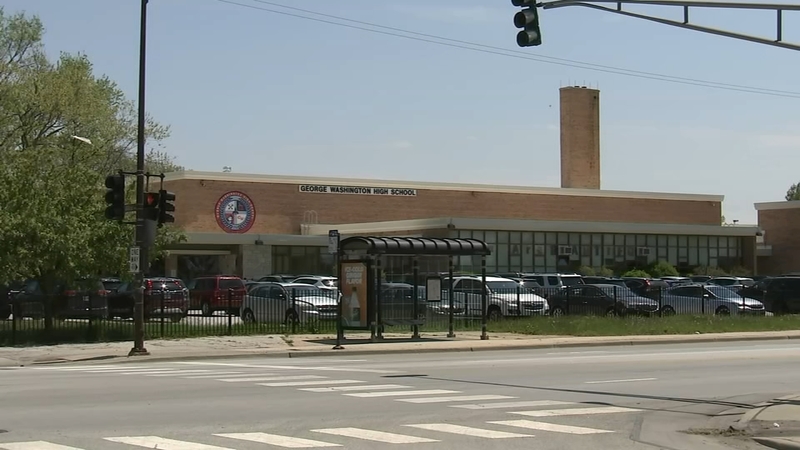 CHICAGO (WLS) -- General Iron wants to move its scrapyard from the city's Lincoln Park neighborhood. But on Friday, Mayor Lori Lightfoot delayed the permit process for the company after the U.S. government expressed concerns over the move's possible impact on the environment.

Steps from a school, parks and homes is a site that is slated to be the new home of the now-closed General Iron metal shredding company. But, the move from Lincoln Park to the mostly Latino-majority Far South East Side is now on hold.

"It's been the work of countless organizers from the neighborhood, the city, even nationwide, that really put the pressure on the city," East Side resident Marcelina Pedraza said.

Through a hunger strike and protests, activists called the halt a huge victory.

"It's a victory for everyone involved in this movement that has supported us and dedicated a life to fight against environmental racism for the past 30 years," said Oscar Sanchez, Hunger Strike Against General Iron.

Mayor Lori Lightfoot is halting the permit process until a thorough pollution study is complete. The decision comes after the Biden Administration's new EPA administrator Micheal Regan sent a letter to Lightfoot concerned about another possible polluting business coming to an area that has been plagued with environmental hazards.

"Since 2014, more than 75 facilities in the southeast area have been investigated by the U.S. EPA, Illinois EPA and the city for non-compliance with the Clean Air Act," Regan wrote.

"We notified RMG on Friday, which is the actual owner of the company, that we were not going to be forcing any further review of the permit application pending outcome of this analysis," Lightfoot said.

RMG bought the General Iron in 2019 and is rebranding it as Southside Recycling. In a statement, the company says its new advanced pollution control system will "serve as a national model for capturing and controlling emissions from large recycling facilities."

"What they are saying is it's going to be a top notch recycling facility, it's not another dirty polluter we don't want in our neighborhood," Petraza said.