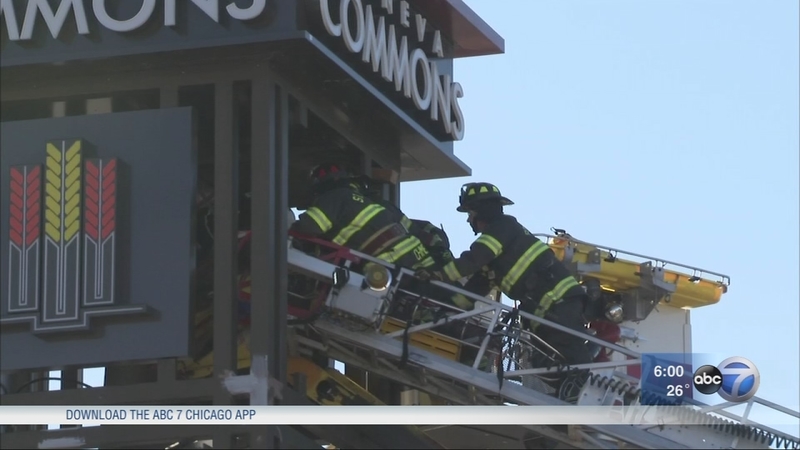 GENEVA, Ill. (WLS) -- A maintenance worker was killed in an accident inside a tower at the Geneva Commons shopping center Friday afternoon.

Emergency crews responded to a 911 call made just before noon, and rescuers found two men in a service bucket. Fire officials said when they arrived at the scene one man was conscious and the other unconscious and unresponsive. Paramedics then determined the victim had died.

The two men were working on the equipment associated with carillon clock tower, which are commonly seen at malls in Illinois. It took emergency workers three hours to remove the body. No other injuries were reported.

Fire officials identified the victim as Donald J. Tentler, 47, of West Dundee. No preliminary cause and manner of death have been announced and a full autopsy is scheduled from Monday, Feb. 6.

"Our hearts go out to the family and we'll support them in any way that we can as we work through this tragedy with them," said Geneva Police Chief Eric Pasarelli.

"I just think it's a tragedy to have someone go to work and not go home to their family," said Brian McCarthy, witness.

Family members were at the site, as were federal OSHA officials who have opened an investigation.

There are reports that the man was crushed, but officials have not yet released the cause of death.