Terrorists may have planned attacks for Chicago, intelligence officials say 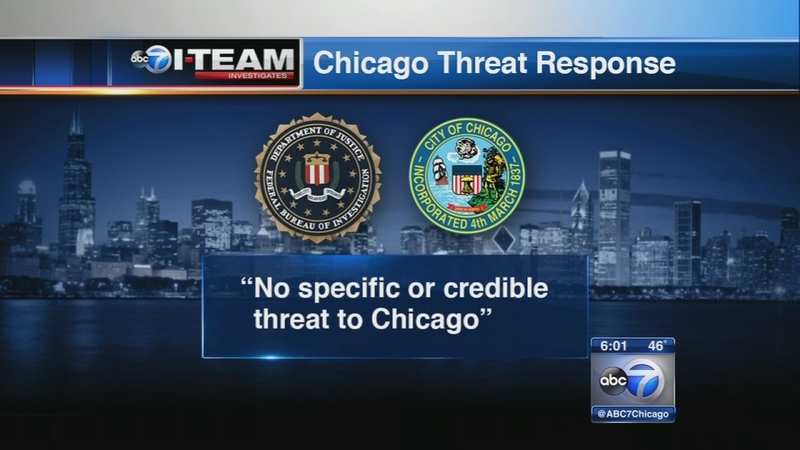 Federal law enforcement officials in Chicago said Friday afternoon that they are aware of reports overseas that Chicago is among several North American cities named by Islamic radicals as targets of future attacks.

Chicago, three Canadian cities and Geneva, the second largest city in Switzerland, are all targets, according to jihadists now being tracked by authorities in Europe.

European law enforcement officials are looking for four men as the terror threat level in Geneva was raised and security on the streets is visibly tightened.

"I think there would be no consistency between the three cities unless they have people in those cities who are waiting for some sort of notification or some trigger to move forward," said Juliette Kayyem, a national security analyst.

In Chicago on Friday afternoon, FBI spokeswoman Joan Hyde said: ""We have heard the recent news reporting of threats to the Chicago area. While we are aware of no specific or credible threat to Chicago at this time, the FBI remains vigilant and will continue to work closely with our other law enforcement partners to keep our community safe."

City officials echoed the FBI, calling the information not a credible or specific threat.

Adam Collins, a spokesman for Mayor Rahm Emanuel, said in a statement: "We are in contact with our federal law enforcement partners, as we always are, and we are not aware of any credible or specific threats to Chicago. Residents should always remain vigilant, and you see something, say something."

Terrorism security expert Jeff Cramer, of Kroll Global Security, said the question is: When does a threat become a credible threat?