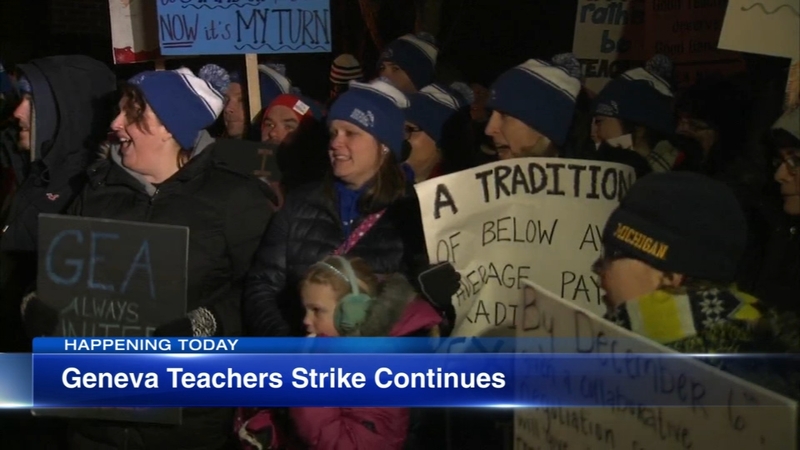 Representatives with the teachers union said they made progress in negotiations, but they have not come to an agreement, so a fourth day of class has been cancelled.

Thursday night, teams for the school board and union met with a federal mediator for three hours and both sides exchanged preliminary proposals but did not come to an agreement.

The Geneva Education Association presented a new proposal. The board will review the proposal to see how it would impact the district financially.

The Geneva Education Association has been without a contract since August. Negotiations have been going on since February. The teacher's union is demanding a traditional salary model based on experience and education. They say the board is trying to attract new teachers but not trying to retain veteran educators.

"We're underpaid," said Kevin Gannon, president of the GEA. "We are trying to catch up to Kane County to the average compensation level at all positions throughout a teacher's career."

The teachers union says negotiations will resume at 6:30 p.m. Friday at the district's headquarters.