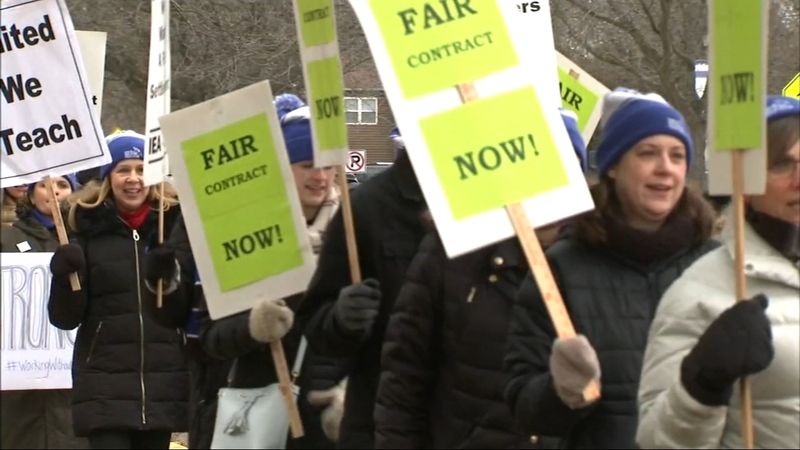 A federal mediator, along with representatives from both the union and district, held a marathon negotiating session for 12 hours Sunday into early Monday to reach a tentative agreement.

The district approximately 5,800 students will return to class on Tuesday.

Officials with the union, Geneva Education Association, said Monday that the deal was a true collaboration and a big win for teachers.

A tentative deal has been reached between striking teachers and Geneva School District 304 officials Monday morning.

"We truly believe this deal will make our students stronger and will make our schools stronger," GEA President Kevin Gannon said. "We went into the negotiations with a reasonable request: make us average when it comes to our salaries. This contract does that. That said this is not everything. It took us several years to become nearly the lowest paid teachers in Kane County, and it will take several more to make us whole again."

Teachers left the high school after voting smiling and relieved.

The new contract is a 5-year deal, which compensates experienced teachers with advanced degrees and fair compensation to attract younger teachers.

Students missed five days of school, but will only have to make up one. High school students will have their finals postponed until after the winter break.