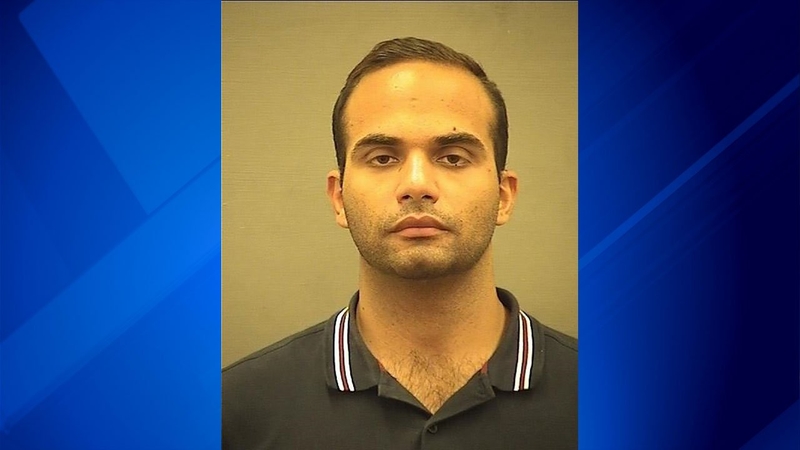 CHICAGO (WLS) -- A federal judge in Washington, D.C., on Sunday rejected George Papadopoulos' 11th hour bid to stay out of prison, meaning that the Chicagoan will have to report on Monday to serve his two-week sentence.

Papadopoulos, 31, pleaded guilty to lying to federal agents about his connections to Russian operatives while working for the 2016 Donald Trump campaign for president.

In September he was sentenced to two weeks in federal prison, although had never seemed settled with either the plea deal he cut with U.S. prosecutors or accepting of the punishment imposed by a judge- despite its relative leniency.

Papadopoulos, a Northsider who was graduated from Chicago DePaul University, recently filed a legal challenge of special counsel Robert Mueller's authority in the Russia investigation. The former Trump foreign policy expert asked that a judge put his prison surrender date on ice until the Mueller questions could be determined.

On Sunday, in a 13-page opinion, U.S. District Judge Randy Moss determined that Papadopoulos' legal arguments were not sufficient to warrant a delay in his prison report date.

The Papadopoulos request was unusual as it came after he pleaded guilty, admitted the crime, participated in a sentencing hearing and was issued his due punishment. As is standard in a plea bargain, Papadopoulos gave up most of his rights to appeal under his agreement, which he negotiated with the special counsel's office last year.

As the case stands, Papadopoulos will report to a prison camp at the Federal Correctional Center in Oxford, Wisconsin, sometime on Monday. The facility three hours from the Loop is a legendary home-away-from-home for Chicago miscreants, from corrupt alderman and hoodlums to crooked businessmen and drug traffickers- all of whom desired to be locked up close to home to expedite visits from loved ones.

Even though Papadopoulos was the first Trump campaign worker to face federal charges in the Russia probe, he will not be the first Trump-era associate to actually do time. There are several- including the highest-ranking Trump official in prison at the hands of Mueller's special counsel office, ex-campaign chairman Paul Manafort, although he was convicted and pleaded guilty in separate cases involving money laundering and bank fraud not directly connected to the campaign, the Russia investigation or the Trump campaign.

There has been no immediate response from Papadopoulos concerning Sunday's decision, despite his steady stream of tweets the past few weeks that spin a conspiracy narrative of which he is the center of the web.