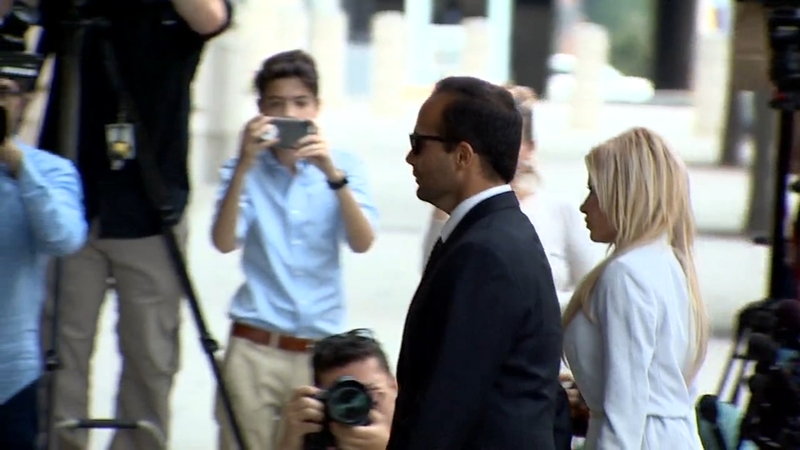 WASHINGTON, D.C. (WLS) -- Nearly one year after aspiring foreign policy consultant George Papadopoulos pleaded guilty, the North Side Chicago native was sentenced Friday for lying to the FBI about his activities with the Trump for president campaign.

In a DC federal courtroom, Papadopoulos was handed 14 days in prison and 12 months of supervised release by U.S. Judge Randolph Moss. Papadopoulos was also given 200 hours of community service and a $9,500 fine. 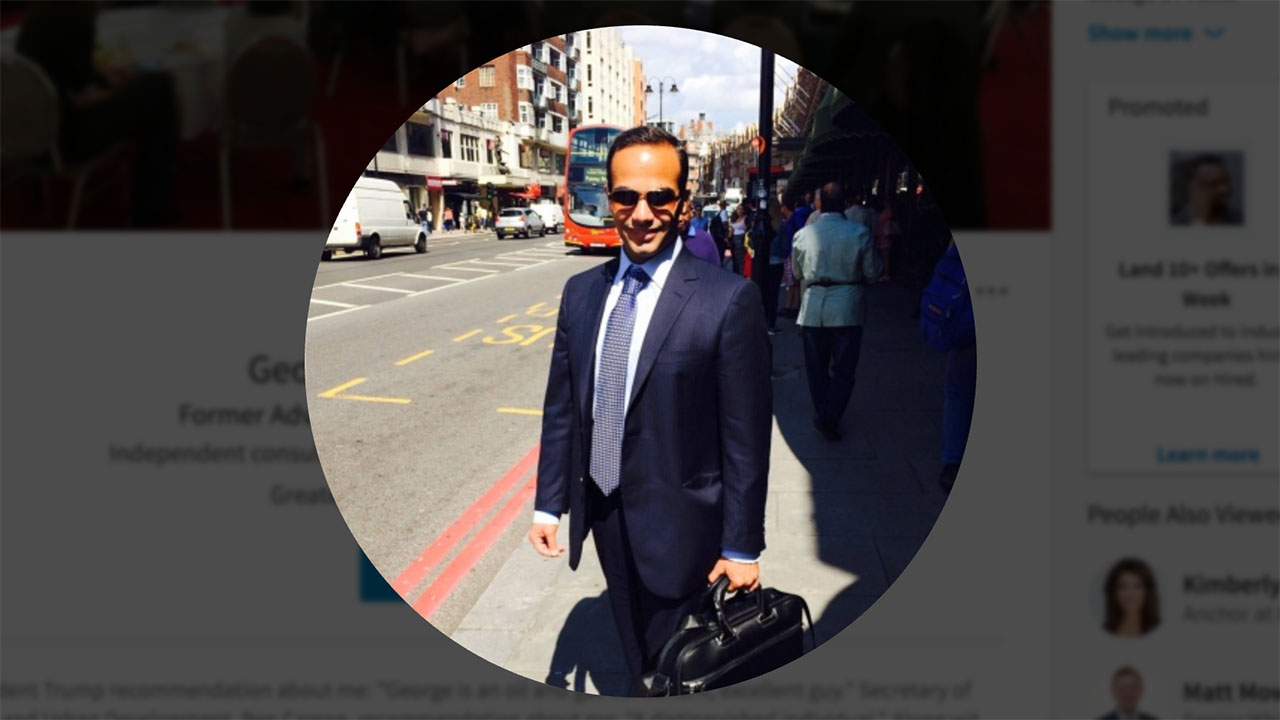 A week later when he was questioned by FBI in Chicago, his motive for lying was "loyalty to his career and a future with the Trump administration."

During a sentencing hearing, less than two miles from the White House, lawyers for Papadopoulos, 31, argued that he deserved no jail time.

Judge Moss could have sentenced the DePaul University graduate to up to five years in prison. Prosecutors had asked for something short of six months, but requested some period of incarceration.

Papadopoulos had been a volunteer member of the Trump campaign's foreign policy advisory panel during the 2016 campaign. He became the first ex-campaign aide to be arrested in special counsel Robert Mueller's investigation of Russian-influence.

After nearly one year of federal scrutiny according to prosecutors, Papadopoulos cut a plea deal with U.S. prosecutors that resulted in his facing just a single count of lying to FBI agents. The Niles West High School graduate admitted to making false statements about his dealings with Russian nationals and others as part of an effort to arrange a meeting between the Trump campaign and Russian officials.

In their sentencing memo a few weeks ago, prosecutors noted that Papadopoulos wasn't fully cooperative during his meetings with the FBI in Chicago or after striking the plea bargain-and they therefore asked that he be given some time in jail.

While Mueller's Russia collusion investigation remains underway, how Papadopoulos folds into the big picture is still fuzzy. However, the budding foreign policy aide is considered the initial link between the Trump campaign and Russian associates-operatives who claimed to have knowledge of hacked emails from the Hillary Clinton campaign.

Despite Friday's sentencing much of Papadopoulos' role with the Trump campaign, his relationship with Russian officials and his communication with Russian-connected operatives remain shrouded in mystery.

One of Papadopoulos' most unusual, and unexplained, associations was with the Maltese political science professor Joseph Mifsud. According to Simona Papadopoulos, newlywed wife of George, professor Mifsud is at the center of a covert universe that resulted in her husband being entrapped by federal agents.

Mifsud has gone underground since the Papadopoulos affair began, or at least his whereabouts are unknown.

Simona Papadopoulos, who says she is an Italian national and a trained attorney in Europe, became her new husband's primary public relations representative during recent months.

Initially, after Papadopoulos was described by a former Trump campaign official as a mere "coffee boy," she went public to say he was a much more integral player in the process.

Then, Mrs. Papadopoulos began a more aggressive PR movement to obtain a presidential pardon for her husband and at one point began encouraging him to back out of his guilty plea agreement with prosecutors and gamble on a trial, possibly with new charges.

In the end, faced with a legal reality that his plea deal was essentially binding, Papadopoulos opted to go through with Friday's sentencing, during which he was represented by Chicago criminal defense attorney Thomas Breen.

In the defense team's sentencing memo a week ago, a new twist was injected into the conversation about Papadopoulos' role in the 2016 campaign. During a campaign meeting, according to the memo, Papadopoulos announced "that he had connections that could facilitate a foreign policy meeting between Mr. Trump and Russian President Vladimir Putin."