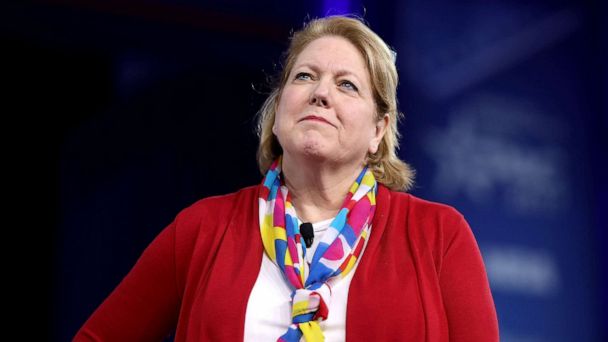 The wife of Supreme Court Justice Clarence Thomas, Virginia "Ginni" Thomas, urged two Arizona lawmakers to help reverse President Joe Biden's 2020 electoral victory in the state, according to emails reviewed by ABC News -- suggesting that the conservative activist played a larger role in pushing to overturn the election than was previously publicly known.

Thomas, whose political activism following the 2020 election has faced growing scrutiny given her proximity to the Supreme Court, emailed Arizona House Speaker Rusty Bowers and Arizona State Rep. Shawnna Bolick in the days following the election in November, asking them to "fight back against fraud" and "do your Constitutional duty!" according to records.


The emails were obtained by ABC News on Friday through a records request to the Arizona House of Representatives. Their contents were first reported by The Washington Post.

"Please stand strong in the face of political and media pressure," Thomas wrote in separate emails to the two GOP lawmakers on Nov. 9, 2020. "Please reflect on the awesome authority granted to you by our constitution. And then please take action to ensure that a clean slate of electors is chosen for our state."

In another pair of emails to Bowers and Bolick, sent days later on Nov. 13, Thomas wrote, "As state lawmakers, you have the Constitutional power and authority to protect the integrity of our elections -- and we need you to exercise that power now!"

"Never before in our nation's history have our elections been so threatened by fraud and unconstitutional procedures," Thomas added, according to the emails.

Bolick, according to records reviewed by ABC News, replied to Thomas on Nov. 10, 2020, saying, "I hope you and Clarence are doing great!" and providing instructions on how to file a complaint for those who "experience voter fraud."

Bolick on Friday took to Twitter to fire back at news coverage of Thomas' emails.


"The dishonest media wants to distract attention from election fraud & our efforts to secure elections," she wrote. "Let's cut through the conjecture & put this to bed. Here is the public records request from Washington Post & my emails, which show me responding as I would to any constituent."

The emails reviewed by ABC News do not show any response from Bowers.

Reached by ABC News Friday, a spokesperson for Bowers, Andrew Wilder, said in a statement, "The emails appear to have been among the hundreds of thousands of messages sent to the Speaker's office during that period. Speaker Bowers did not see, much less read, the vast majority of those messages, including the form email sent by Mrs. Thomas."

Although a self-described Trump supporter, Bowers said following the election that he had seen no evidence of voter fraud. For his actions to protect election integrity in Arizona, Bowers this Sunday will receive the 2022 John F. Kennedy Profile in Courage Award, presented by the Kennedy Presidential Library Foundation, alongside four other recipients that include Ukrainian President Volodymyr Zelenskyy.