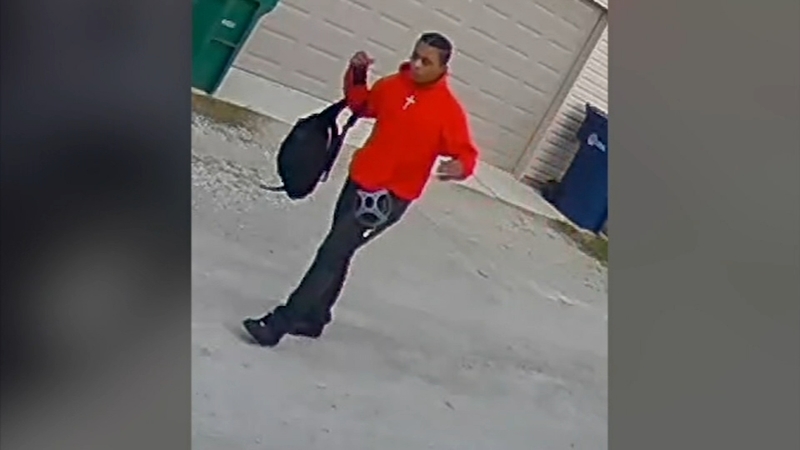 BURBANK, Ill. (WLS) -- Police are investigating the sexual assault of a 14-year-old girl was sexually assaulted in southwest suburban Burbank while on her way to school Monday.

"We found out through friends," said Joan Oswald, resident. "We're totally upset by it. It's a terrible situation. We sure hope they find him. I pick her up every day and take her every day, so she's not walking around."

The suspect then fled east on 79th Street toward Central Avenue, where his image was captured on a private home's surveillance camera.

The suspect is described as black, 17-20 years old, between 5'9"-5'11" and about 150-170 pounds. He was wearing a reddish-orange pull-over sweatshirt, black pants and carrying a black backpack.

"It's very busy, a lot of people are coming or going to work, kids are going to school, parents are taking kids to school, so there's a lot of people out, so we're actually hoping that maybe somebody had seen something and if they did, please call us," said Division Chief Mike Dudlow, Burbank Police Department.

A spokesperson for St. Laurence said the school is cooperating with investigators and taking precautionary measures before and after school until an arrest is made.
Report a correction or typo
Related topics:
burbanksexual assault
Copyright © 2021 WLS-TV. All Rights Reserved.
More Videos
From CNN Newsource affiliates
TOP STORIES