WLS
UNINCORPORATED ST. CHARLES TOWNSHIP, Ill. (WLS) -- The 7-year-old victim of a hit and run in St. Charles is now home from the hospital.

In a photo released by the Kane County Sheriff's Office, Lexi Hanson is smiling and showing a peace sign with the sheriff.

Hanson suffered broken bones and a spinal injury after being injured in a hit-and-run on Mother's Day. She was riding her bike Sunday when prosecutors say Brian Quartuccio, 42, hit her with his pickup truck.

The Illinois Secretary of State's Office said Quartuccio had his license revoked in 2012 after he was convicted of three DUIs, had been caught driving with a revoked license at least three times and is currently on probation.

Deputies said Quartuccio turned himself in nearly a day after the crash. He was ordered held on a $500,000 bond.

Hanson's family has set up a GoFundMe campaign to help pay for her medical costs.
Report a correction or typo
Related topics:
kane countyhit and runchildren hit by carchild injuredhit and run accident
Copyright © 2020 WLS-TV. All Rights Reserved.
RELATED 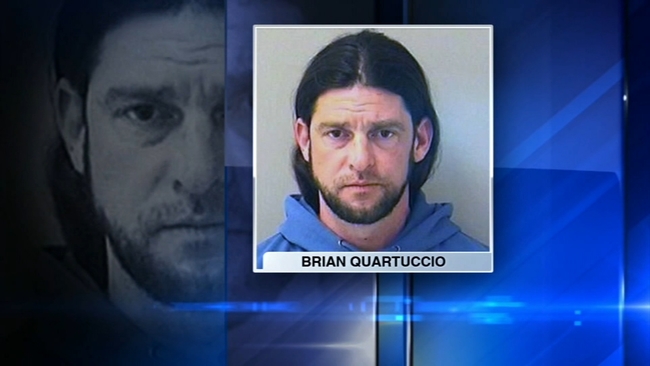