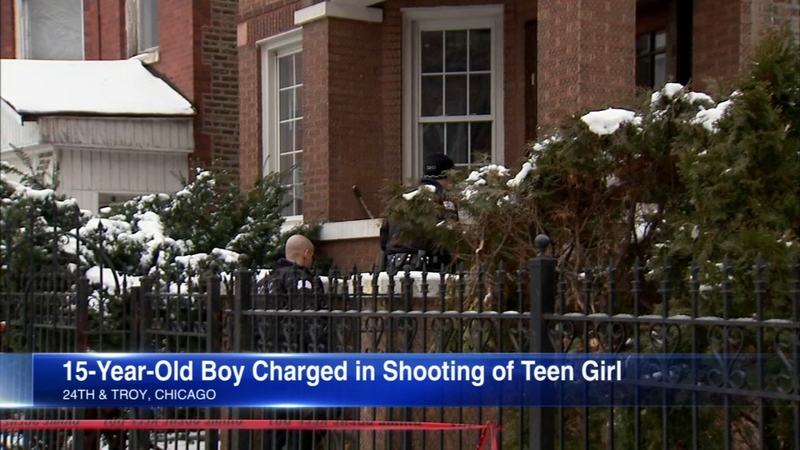 CHICAGO (WLS) -- A 15-year-old boy has been charged in connection with a shooting Saturday in Little Village that wounded a 14-year-old girl.

The boy, whose name is not being released because he is a juvenile, was charged with a felony count of reckless discharge of a firearm as well as unlawful use of a weapon by someone under the age of 18, Chicago police said. He is due in juvenile court Sunday.

The shooting occurred inside an apartment building near 24th and Troy Street Saturday at around 1 p.m.

Police said a 14-year-old girl was shot in the face by the 15-year-old boy.

Neighbors said the girl's boyfriend was handling a gun when it went off and hit her in the face. She was transported to Stroger Hospital in fair condition, police said.

Police initially had said the shooting appeared to be accidental, but there had been no official determination.