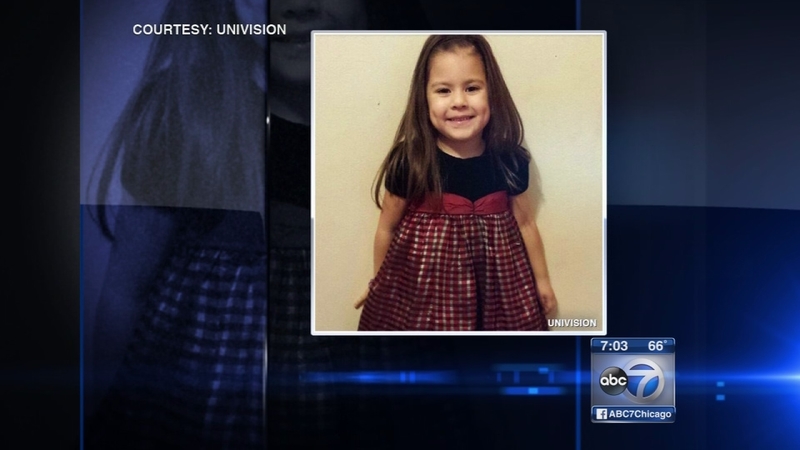 Doctors are working to save Jaylene Bermeo, who was shot in the back Monday evening. She's one of ten shooting victims in Chicago since Monday afternoon.

The girl was shot in front of a home during a party, police said. The girl was visiting and did not live in the neighborhood.

The house has been the subject of numerous complaints by neighbors. Ald. Joe Moreno said he was aware of the complaints and tried to assist.

Neighbors said children are constantly playing on the block, and they've complained to police and the alderman about loud parties and violence at the home. The people who live there refused comment. The homeowner might be related to the girl.

"There has to be some kind of sense that when you see children in the midst of the gunfire that you make a choice that you're not going to do this," said community activist De'Andre Hawthorne.

According to the Chicago Tribune, police are looking for a silver car.

The shooting occurred at 8 p.m. in the 2100-block of North Bingham Street on the Northwest Side, just a few blocks from Chase Elementary School, police said.

Simon Fernandez has lived in Logan Square for over 30 years. On Monday night, he wouldn't go outside after hearing several gunshots.

"I watch TV, but I never come outside," Fernandez said.

Immediately after the shooting, family members transported the girl in a sedan to St. Mary's Hospital. Police initially chased the vehicle thinking it was involved in the shooting.

The girl was then taken to Stroger with a police escort, two squad cars following her ambulance.

Investigators are looking at area surveillance video for clues about the shooter.

"I'm understanding that there is a picture of a vehicle, and I'm hoping they release a picture of the vehicle. But the important person who knows who it is, is the person on that block," community activist Andrew Homes said.

Rev. Jeremy Crowe, of the nearby Armitage Baptist Church, said several members of the congregation have lost loved ones to violence.

"It's heartbreaking. I have a 7-year-old daughter," Crowe said. "I can't imagine if she was shot in the back last night. It's devastating. Sad. I think Chicago is just pent-up with frustration."