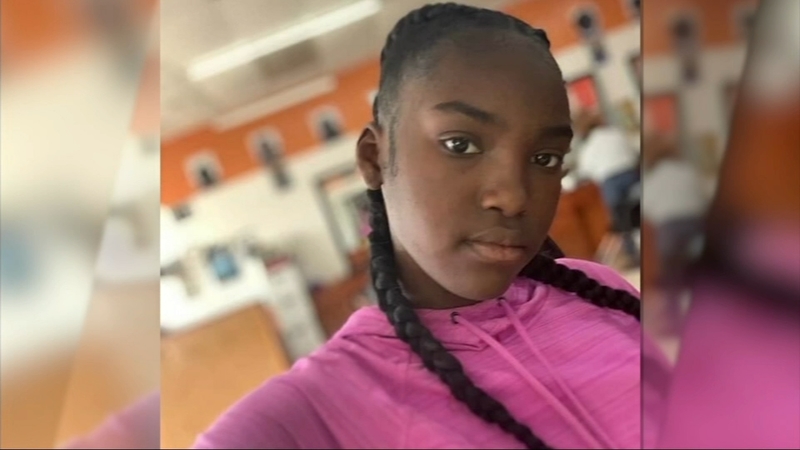 HARVEY, Ill. (WLS) -- A south suburban family is left devastated after a girl who was shot in the head by a stray bullet died on her 12th birthday.

Balloons meant to celebrate the anniversary of the day Kentavia Blackful was born are still in place as her parents are still reeling from the loss of their oldest child.

The fifth-grade honor student died Tuesday night, roughly a day after she was struck by a stray bullet while sitting in her family's living room in Harvey.

Police said shots were fired at someone on the front steps outside. A stray bullet went through the main window and struck Kentavia in the back of the head.

"If you have seen something, if you know something, heard something, let somebody know. You can do it anonymously. You could write a letter, give it to somebody," said Kenneth Donner, Kentavia's maternal grandfather.

She was president of her school's student council and a member of the math and basketball teams.

"She was the ideal big sister, the ideal role model for any kid," Donner said.

Kentavia's family members were putting finishing touches on her birthday party at the time of the shooting.

"My emotions are running, but I'm trying to keep it together and show support for the family as much as possible," said Bretta Blackful, Kentavia's grandmother.

"This time, because we can't change the outcome, we're here to support the family and do all we can to make sure people are lifted during the tough time," said Pastor Marcel Fears of Overcomer's Life Church of God in Christ in Harvey.

So far, Harvey police said no one is in custody.

A $3,500 reward is being offered for information in the case, according to community activist Andrew Holmes.

Kentavia had planned to have a skating party on her birthday. Her family is going to hold that party, but now it will be a fundraiser for her burial expenses.