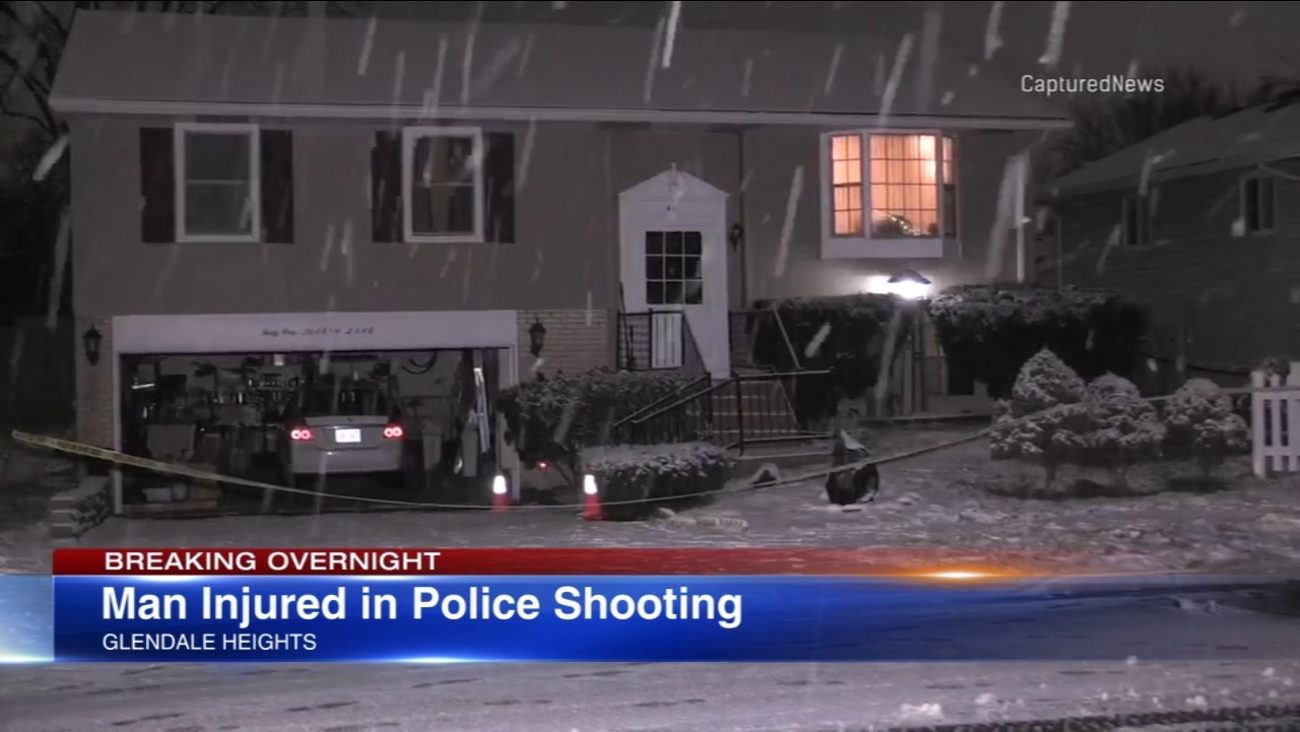 A man was shot in Glendale Heights when he refused to drop two knives.

GLENDALE HEIGHTS, Ill. (WLS) -- Bond has been set for the man who was shot by Glendale Heights Police Saturday after he refused to drop the knives he was holding.

George Almeida has been charged with felony aggravated assault against a police officer, officials said. His bond has been set at $250,000 with ten percent to apply.

Police said they responded to a domestic disturbance in the 0-100 block of Joseph Lane at approximately 1:05 a.m. when they found Almeida holding the knives. They said Almeida was shot when he ignored commands to drop the weapons and began to walk toward the officers.

Almeida sustained a gunshot wound to the leg and was treated at a hospital.