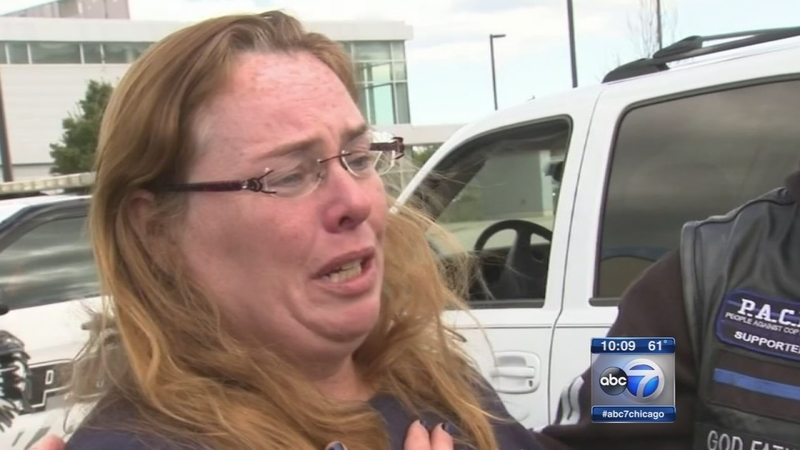 FOX LAKE, Ill. (WLS) -- The personal bank accounts belonging to the widow of Fox Lake Police Lt. Joe Gliniewicz have been frozen - and her lawyers say it was done illegally.

Attorneys say Melodie Gliniewicz found out all of her accounts were frozen when her purchase at a gas station was declined.

In a press release Tuesday, those lawyers also included a Lake County affidavit with new details about how much money Lt. Gliniewicz had in several accounts - and what he was doing with that money.

"He was my rock, as I was his rock," Melodie said at a vigil for her late husband. She stood strong the day after her husband died.

Now, investigators say Joe Gliniewicz was stealing and laundering money from the Explorers program he ran.

Documents released by Melodie's lawyers show Lake County investigators want to know what she knew. They are meticulously pouring over bank records, deposits and withdrawals.

An affidavit to freeze all Gliniewicz bank accounts, including Melodie's, reads: "... text messages and Facebook messages were recovered which indicated that Gliniewicz and his wife Melodie exerted unauthorized control over funds belonging to the Fox Lake Explorer program."

The affidavit alleges Joe went to a bank in person and withdrew $7,000 in cash from an Explorer account on March 26, 2014.

The next day, Melodie deposited $7,000 in cash to a Chase account in her name. According to investigators, "the transferring of funds via cash may be indicative of an effort to conceal the activity."

But Melodie's lawyers contend the freeze order is illegal. One reason, they say, is Lake County investigators used incorrect bank account information in the affidavit.

They write: "At this time, Melodie is unable to pay her ongoing mortgage, doctor bills and other family expenses."

Melodie's lawyers say she has faith the truth will come out. They also asked the media to respect her privacy.

In the motion filed to lift the freeze order, her attorneys mention she is seeking retirement benefits due to her late husband Joe.