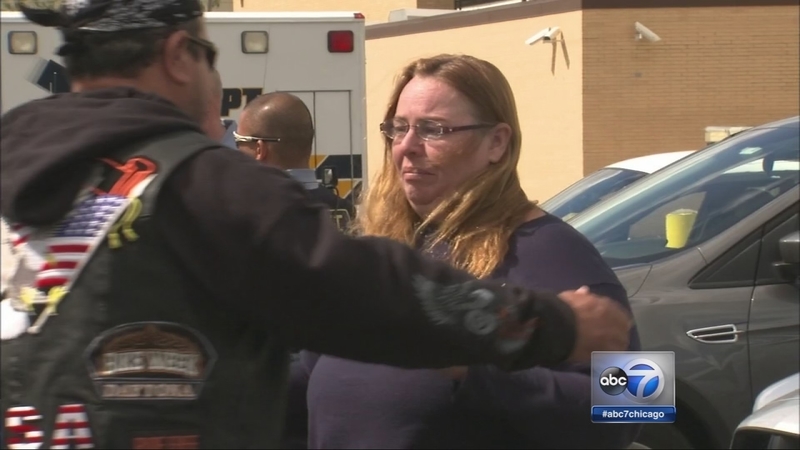 FOX LAKE, Ill. (WLS) -- A judge allowed Melodie Gliniewicz to withdraw $4,187 from a bank account that will otherwise remain frozen until a hearing on December 7. Officials seized the account following the death of her husband, Fox Lake Police Lt. Joe Gliniewicz, who is accused of embezzling thousands of dollars to pay for adult websites, gym memberships and family vacations.

Melodie Gliniewicz is also under investigation. She has not been charged and denies any wrongdoing.

Gliniewicz staged his own suicide to look like a murder-- prompting a major investigation and manhunt-- in an attempt to hide the theft from a police community program, authorities said. The $4,187 were donations made to the family after his death, and, therefore, are not under investigation, the judge said.

Melodie Gliniewicz did not appear in court Friday. Her attorneys said the accounts were frozen without notice and she needs to the money to pay her mortgage and medical bills.

A status hearing was set for November 30 and the freeze order was extended until December 7, 2015.

Attorneys did not comment Friday; a gag order was placed on the case.