CHICAGO -- A man who was fatally shot last week in the Gold Coast neighborhood has been identified.

Larry Lawrence, 27, was shot multiple times at 8:09 p.m. Wednesday in the 1200 block of North Clark Street, according to Chicago Police and the Cook County medical examiner's office.

Lawrence, of the 6500 block of South King Drive, was taken to Northwestern Memorial Hospital, where he was pronounced dead at 8:41 p.m., according to the medical examiner's office.

Witnesses said he was part of a group on one side of Clark that was arguing with a group on the other side.

Despite traffic, the groups converged in the middle of the street, at which point someone shot Lawrence twice, according to Dennis Trelinski, who saw the shooting from his eighth-floor balcony half a block south of the crime scene.

Even with two gunshot wounds, the man continued to yell at the shooter from the asphalt, Trelinski said. The shooter, who had walked away, then walked back into the street and shot him several more times.

The shooter got into a vehicle and drove away in an unknown direction, police said.

Chicago Police released two surveillance photos from the scene Thursday morning, one showing the suspected shooter and the other showing the getaway car. 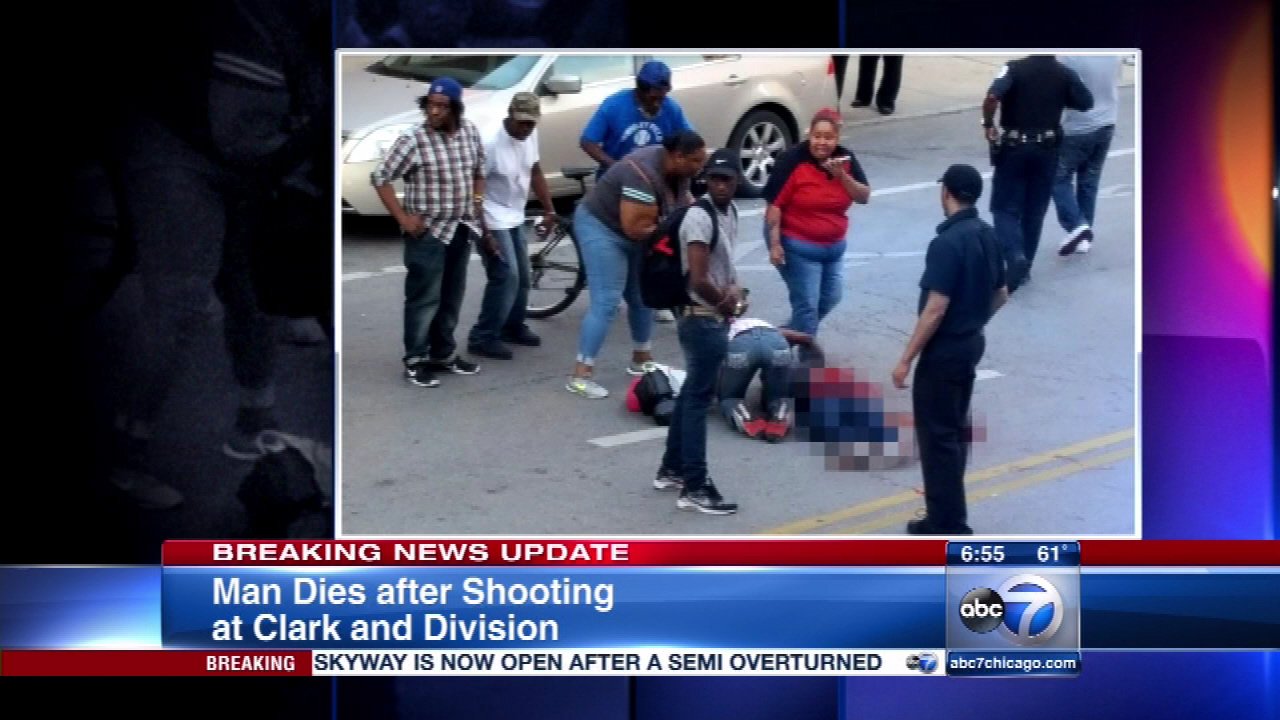