KGO
SACRAMENTO, Calif. -- A man suspected of being one of California's most elusive serial killers appeared in court for the first time Friday. The alleged "Golden State Killer" was arraigned in Sacramento County Superior Court on two counts of murder. He did not enter a plea and was denied bail.

Joseph James DeAngelo, 72, was handcuffed in a wheelchair and five police officers surrounded him as he listened to the judge with his eyes barely open.

ABC7 News spoke with newly retired cold case investigator, Paul Holes, about his search for the "Golden State Killer." The obsession, the haunting crimes, and his quest to help ease victims suffering is a story you'll want to hear from him.

A court official read the details of the charges that DeAngelo is facing and a judge asked if he had a lawyer.

In a frail voice, DeAngelo responded, "I have a lawyer." An attorney from the public defender's office was with him in court.

A well known criminal pyschologist from the Valley offers insight into the crimes deangelo is accused of committing.

DeAngelo appeared in a wheelchair and was wearing an orange jumpsuit.

Sheriff Scott Jones said Friday that Joseph James DeAngelo was in a psychiatric ward of the county jail and has said little. Jones says there's been "quiet reflection" and mumbling.

Jones says investigators are sifting through every item, receipt and piece of paper from DeAngelo's home. They're searching for any possible clues to tie him to more than 170 crimes authorities believe he may have committed.

The 'Golden State Killer' case may have just been solved in 2018, but if these videos from our archive show any indication of the terror he inflicted on the Bay Area, the investigation is just beginning.

Investigators reportedly tracked down DeAngelo using a genealogy website that contained genetic information from a relative.

An Oregon police officer working at the request of California investigators persuaded a judge in March 2017 to order a 73-year-old man in a nursing home to provide a DNA sample. It's not clear if officers collected the sample and ran further tests.

The Oregon City man is in declining health and was unable to answer questions Friday about the case.

The case of mistaken identity was discovered as authorities hailed a novel use of DNA technology that led this week to the arrest of former police officer Joseph DeAngelo at his house outside Sacramento on murder charges. Critics of the investigative approach, however, warned it could jeopardize privacy rights.

Investigators were able to make the arrest this week after matching crime-scene DNA with genetic material stored in an online database by a distant relative. They relied on a different website than they had in the Oregon search, and they did not seek a warrant for DeAngelo's DNA.

Instead, they waited for him to discard items and then swabbed the objects for DNA, which proved a conclusive match to evidence that had been preserved more than 30 years.

Also Friday, the co-founder of the genealogy website used by authorities to help identify DeAngelo said he had no idea its database was tapped in pursuit of the suspect who eluded law enforcement for four decades.

Authorities never approached Florida-based GEDmatch about the investigation that led to DeAngelo, and co-founder Curtis Rogers said law enforcement's use of the site raised privacy concerns that were echoed by civil liberties groups.

The free genealogy website, which pools DNA profiles that people upload and share publicly to find relatives, said it has always informed users its database can be used for other purposes. But Rogers said the company does not "hand out data."

"This was done without our knowledge, and it's been overwhelming," he told The Associated Press.

For the team of investigators, GEDmatch was one of the best tools, lead investigator Paul Holes told the Mercury News in San Jose.

Officials did not need a court order to access GEDmatch's large database of genetic blueprints, Holes said. Major commercial DNA companies say they do not give law enforcement access to their genetic data without a court order.

Civil libertarians said the practice raises legal and privacy concerns for the millions of people who submit their DNA to such sites to discover their heritage.

Privacy laws aren't strong enough to keep police from accessing ancestry sites, which have fewer protections than regulated databanks of convicts' DNA, said Steve Mercer, chief attorney for the forensic division of the Maryland Office of the Public Defender.

While people may not realize police can use public genealogy websites to solve crimes, it is probably legal, said Erin Murphy, a DNA expert and professor at New York University School of Law.

"It seems crazy to say a police officer investigating a very serious crime can't do something your cousin can do," Murphy said. "If an ordinary person can do this, why can't a cop? On the other hand, if an ordinary person had done this, we might think they shouldn't."

While most consumers would submit DNA to a commercial company such as Ancestry.com and 23andMe to create a genetic profile, the FBI did so for investigators, Holes told The New York Times.

A spokeswoman for YSearch.org, which is provided by FamilyTreeDNA.com, did not immediately respond to a request for comment.

Police searched his Citrus Heights home on Thursday for possible murder weapons as well as trinkets the accused "Golden State Killer" might have stolen from his victims. 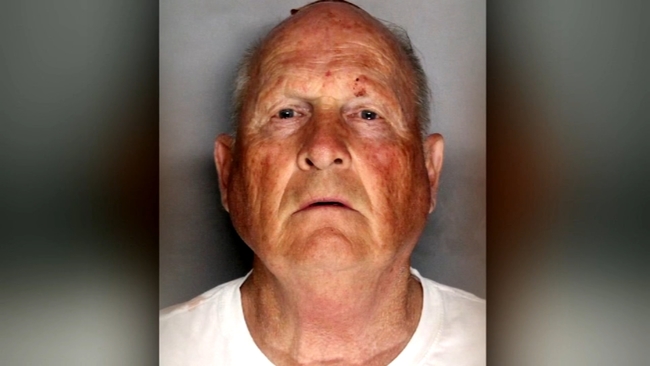