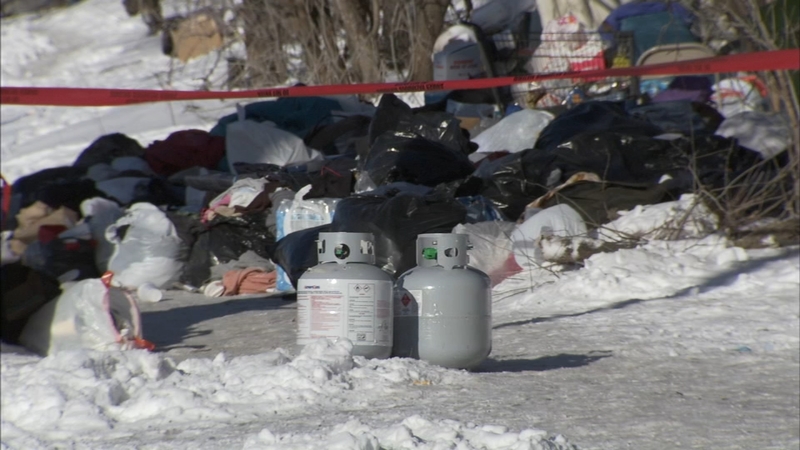 CHICAGO -- A good Samaritan offered to pay for hotel rooms for 70 homeless people who were camped out in tents in the bitter cold that blanketed Chicago.

The offer came after the Chicago Fire Department on Wednesday confiscated nearly 100 propane tanks given to the group to keep them warm as temperatures sank to negative 22 (negative 20 Celsius). The department acted after one of the donated tanks exploded.

The propane tank - one of between 150 and 200 propane cylinders at the encampment - was too close to a space heater. No one was injured in the explosion.

Salvation Army spokeswoman Jacqueline Rachev said city officials told the organization about their actions at the camp. The Salvation Army was about to move the people to a warming center when the city called again and informed them of the gesture.

Rachev was not sure of the identity of the good Samaritan and only knew the hotel was on the city's South Side.