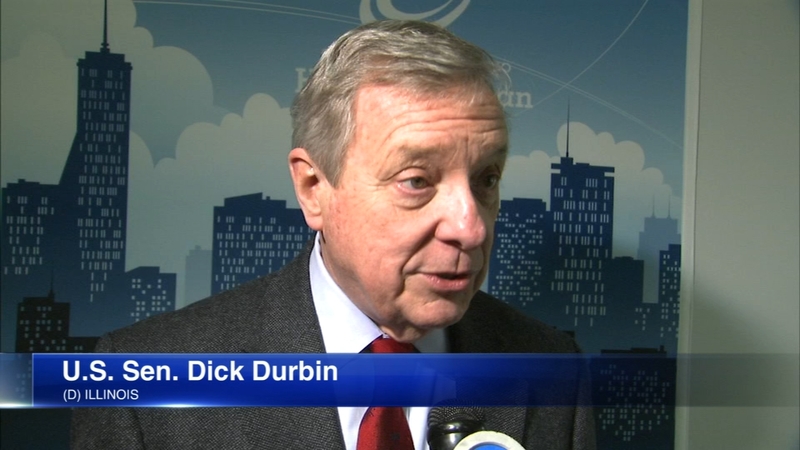 There is less than a week for federal lawmakers to reach a deal to avoid another government shutdown, and a couple of Illinois legislators who were in Chicago this weekend talked about negotiations.

Among them were U.S. Sen. Dick Durbin, D-Illinois.

"We've got to reach a point where we find something that is reasonable and bipartisan for sensible border security that we can pass in the house and the senate. I think we're in the stage of just about getting that done," Durbin said.

Leaders from both parties expressed hope to reach a deal by next week over the border security stalemate. Friday is the deadline to stave off another shutdown.

On Monday, President Donald Trump will visit El Paso, Texas, where he is expected to talk about the border wall.

"I will get it built, simply put," Trump has said. "Walls work and walls save lives."

Trump will also speak at a Make America Great Rally.

Meanwhile, a group of Democratic members of Congress have met with immigrant advocates in the border town and visited the entry point where 8-year old Guatemalan Felipe Anlonzo-Gomez died while in Customs and Border Protection custody. The lawmakers received a border security briefing from federal law enforcement agencies.

As current talks narrow to the most difficult issues and if both sides reach an agreement, the big question is whether President Trump will sign off.

"It's 800,000 workers, but multiply that by the families and then by all the people the government serves that are going to be hurt by this. It would be scandalous if he did not agree," said Congresswoman Jan Schakowski, a Democrat who represents the 9th District.