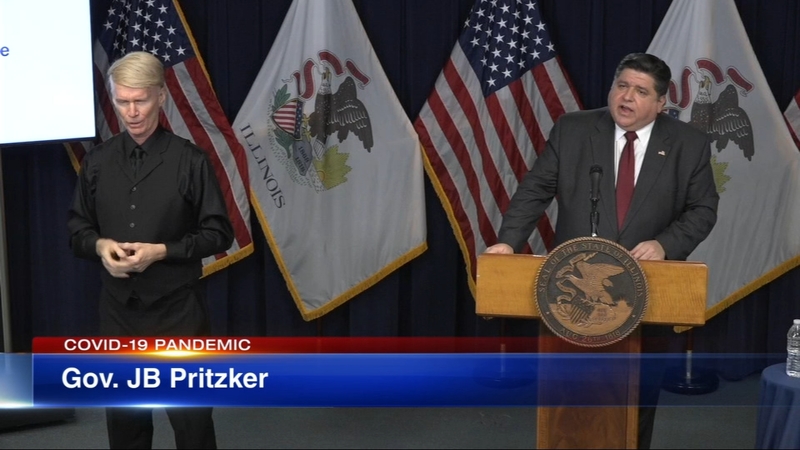 CHICAGO (WLS) -- Governor Pritzker got emotional Tuesday when talking about his family's plans for Thanksgiving.

The governor said he and his son will spend the holiday in Chicago.

His wife and daughter will be in Florida because of online attacks and threats targeting his daughter.

Pritzker said it's the first time his family will not spend Thanksgiving together.

While addressing a false online attack of his teenage daughter, Gov. Pritzker said his kids are "off limits"

Last week a parody Twitter account posted a photo of a group of people dining outside a restaurant, allegedly breaking the state's COVID-19 rules.

The post falsely claimed one of those individuals was Pritzker's teenage daughter.

The Governor's office put out a statement making clear it was not Pritzker's daughter.

But Pritzker said it didn't put an end to the online attacks.

"Put yourself in the shoes of a high school girl who is being weaponized against her father by his political opponents, weaponized with lies," said Pritzker.

The governor said he is prepared to take the brunt of hard decisions and attacks from opponents but not his children.