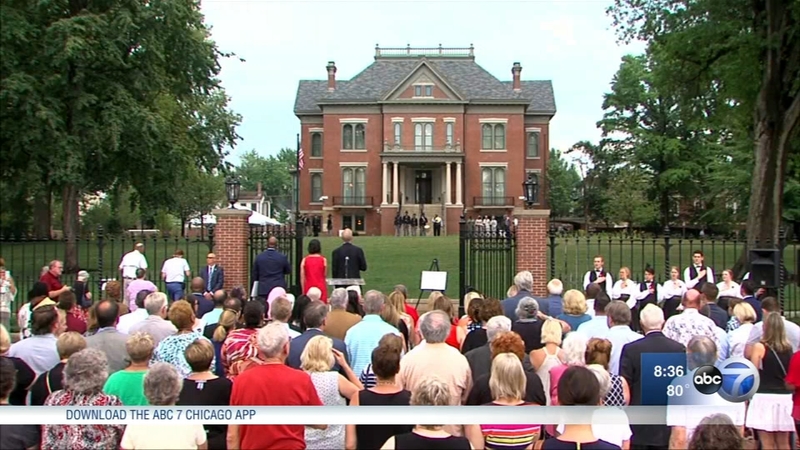 After $15 million and three years of work, the Illinois governor's mansion reopened to the public on Saturday.

"It's been a privilege to fulfill a promise that we made four years ago and to do that in partnership with so many dedicated, talented committed partners," said Diane Rauner.

Among the first visitors to see the renovations was former Illinois Gov. George Ryan.

"Most of us who have seen the mansion before remember that this once proud building had fallen into a state of disrepair," Diana Rauner said.

When the Rauners first moved in the 45,000- square foot mansion had peeling paint, rotting wood on the porch and a leaking roof.

The project was funded by private donors and now the mansion features a new art exhibit and is ADA compliant.

"Buildings are living monuments to history. They're also symbols for all of us for us as a culture and civilizations and as a state," Diana Rauner said.