The black leather jacket and skin-tight pants worn by singer and actress Olivia Newton-John in the movie "Grease" have sold for $405,700 -- more than double the auction estimate.

The outfit, made famous in the 1978 film's final song,"You're the One That I Want," was sold on Saturday at a Beverly Hills auction, along with hundreds of other items from Newton-John's career. The sale raised a total of $2.4m, according to Reuters. 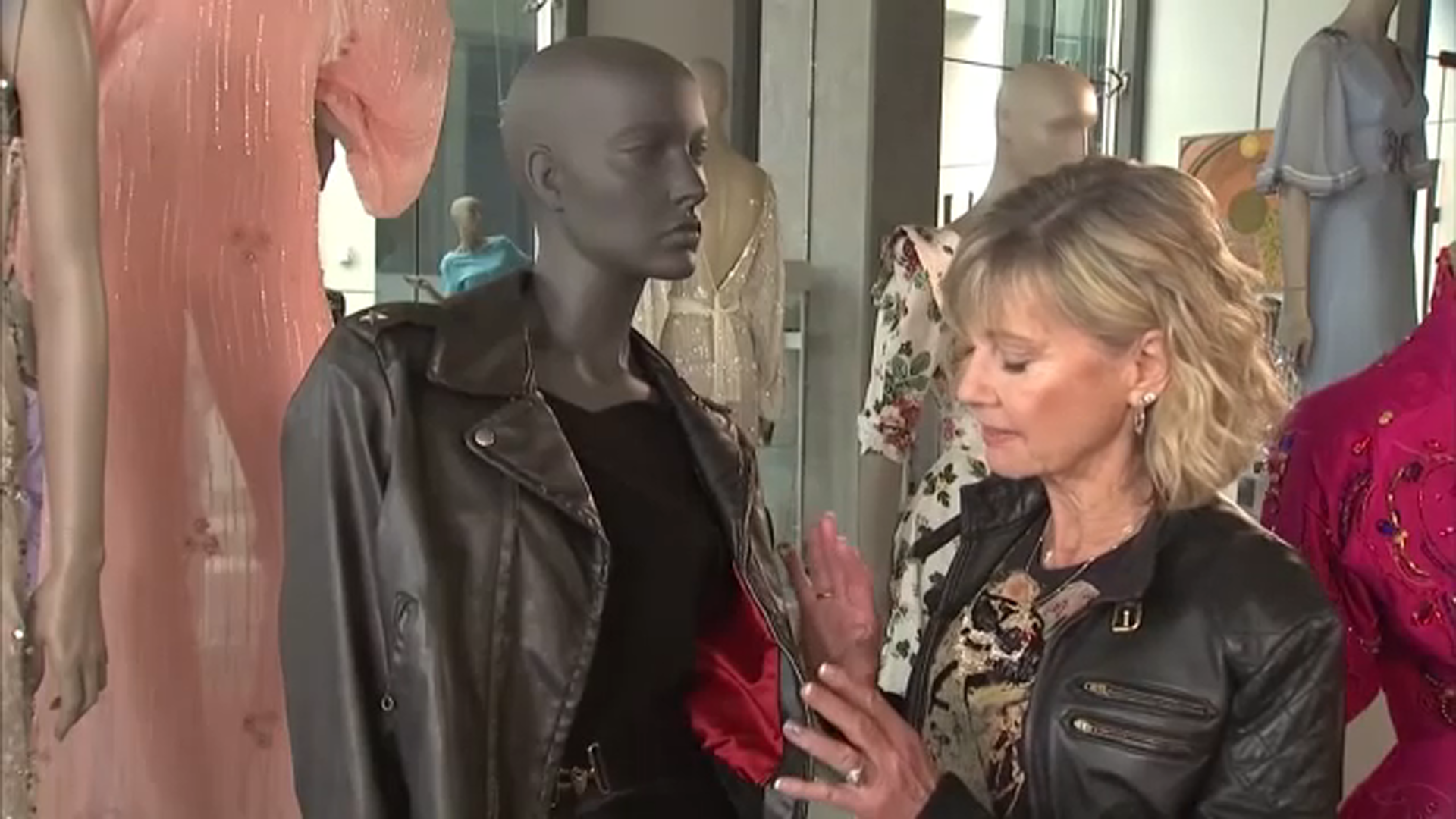 The black leather jacket and skin-tight pants worn by singer and actress Olivia Newton-John in the movie "Grease" have sold for $405,700 -- more than double the auction estimate.

Ahead of the auction, the actress, now 71, revealed that she had to be sewn into the distinctive high-waisted pants during filming. "The pants have a broken zip and I had to be stitched into them because they were made in the '50s," she told Reuters Television.

After being diagnosed with breast cancer for the third time since 1992, Newton-John decided to sell more than 500 items from her career to help raise funds for her cancer wellness center in Australia.

Other items sold by auctioneers Julien's included a custom Pink Ladies jacket monogrammed with the name "Sandy," which had been expected to fetch between $2,000 and $4,000, but sold for $50,000, and a Grease poster signed by the film's cast, which was predicted to raise $1,000 and finally went under the hammer for $64,000.

Items from Newton-John's other ventures also proved popular, with a pair of patchwork bell bottom jeans worn by Newton-John as she performed on NBC's "The Midnight Special" raising $50,000, and a custom designed wedding ensemble from the actress' marriage to actor Matt Lattanzi in 1984 fetching $15,625.

Awards, accessories, signed memorabilia and artwork owned by the performer were also sold.

Ahead of the auction, the actress told told Reuters Television it had taken months to sort through boxes and storage containers, but that it had been "a fun venture."

"I've realized over the years, especially when you go through stuff, that stuff isn't what's important," she added.

Martin Nolan, executive director of Julien's Auctions, said in a statement the company was "honored" to host an auction to celebrate "one of pop music's greatest talents and treasured icons."

He added: "Her extraordinary career -- that includes her starring role in Grease, one of the most successful Hollywood films and soundtracks of all time -- and her recordings of some of the biggest pop singles of the 20th century, makes her more than just a star but a pop culture phenomenon."