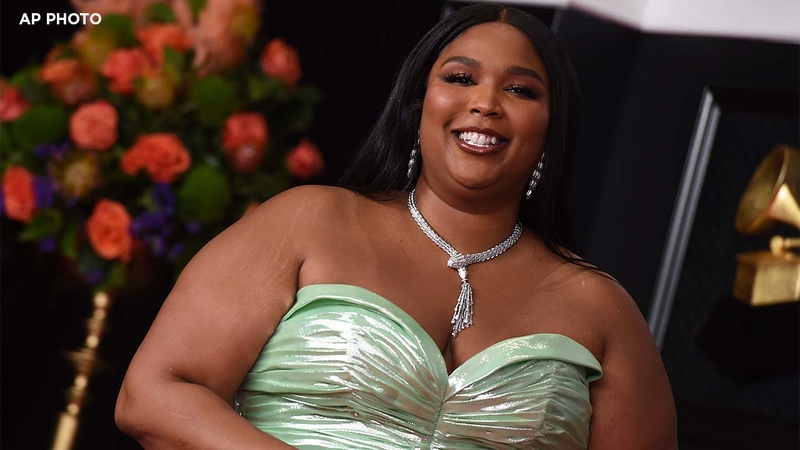 Singer Lizzo is letting her fans know she's listening to them after a word she used in her new song "Grrrls" sparked outrage, with fans saying that the word was an ableist slur in the disabled community.

Ableist means treating people unfairly because they have a disability, according to the Cambridge Dictionary.

Lizzo released the song "Grrrls" on Friday from her upcoming album "Special." One of the lines used the word "spaz," derived from the term "spastic," defined as "relating to or denoting a form of "muscular weakness (spastic paralysis) typical of cerebral palsy, caused by damage to the brain or spinal cord and involving reflex resistance to passive movement of the limbs and difficulty in initiating and controlling muscular movement."

Lexico, part of the Dictionary.com and Oxford sites, also notes the word is dated and offensive to someone who has cerebral palsy.

After the song was released, that's what some fans quickly pointed out to Lizzo.

"Hey @lizzo my disability Cerebral Palsy is literally classified as Spastic Diplegia (where spasticity refers to unending painful tightness in my legs) your new song makes me pretty angry + sad," wrote one user.

I’m going to cry 😭 Thank you so much for hearing us Lizzo and for understanding that this was only ever meant gently and being open to learning, it honestly means the world ❤️. You’re a real true ally https://t.co/RbQCbAwpR6

"There's no excuse for using an ableist insult in a song in 2022. As someone who champions women, plus size people and others whom society treats poorly, Lizzo preaches inclusivity and should do better," said another.

I’m disappointed in @lizzo for using the word “sp@z” in her new song “Grrrls”. There’s no excuse for using an ableist insult in a song in 2022. As someone who champions women, plus size people and others whom society treats poorly, Lizzo preaches inclusivity and should do better.

While fans expressed their disappointment, some urged that they didn't want Lizzo canceled, but rather educated and to have the word removed.

"I've seen a few comments across the internet talking about "Cancelling Lizzo" and that's not what we want - we want to educate her and have the word changed," said one fan.

From a disappointed fan 😔💔

By Monday, it appeared that fans' efforts to get Lizzo to change the song worked.

The artist, who went to school in Alief ISD, announced on her social media pages that she released a new version of "Grrrls" with a lyric change.

"It's been brought to my attention that there is a harmful word in my new song "GRRRRLS." Let me make one thing clear: I never want to promote derogatory language," her statement began. "As a fat Black woman in America, I've had many hurtful words used against me so I overstand the power words can have (whether intentionally or in my case, unintentionally)."

"I'm proud to say there's a new version of GRRRLS with a lyric change. This is the result of me listening and taking action. As an influential artist I'm dedicated to being part of the change I've been waiting to see in the world," she said.

The change wasn't lost on fans, with one of the same people who pointed out her use of the word, adding praise for Lizzo on Twitter for listening.

"Thank you so much for hearing us Lizzo and for understanding that this was only ever meant gently and being open to learning," the fan said.

The incident also appeared to be a learning moment not just for Lizzo, but for the public, as people commented that they didn't know the word was harmful.

"We are all learning from this!" an Instagram user commented.