Chicago designer suits up NFL players off the field 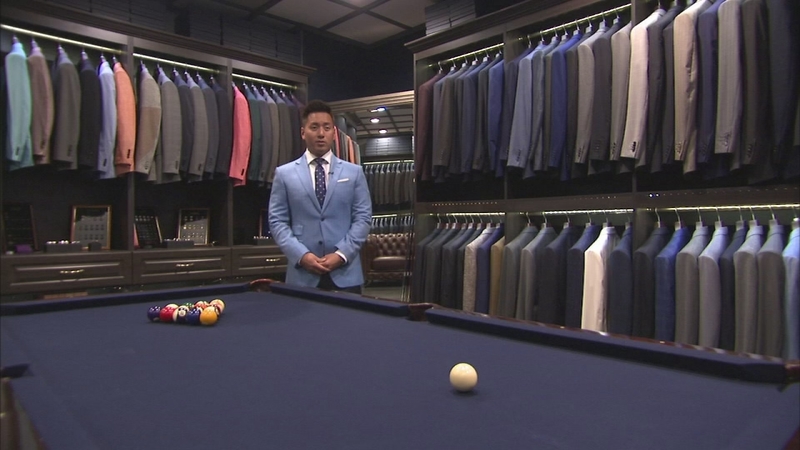 CHICAGO (WLS) -- A West Loop suit designer is a key player in helping some NFL athletes stand out off the field.

And his work was on display last week during the NFL draft in Chicago -- the best dressed night in football.

Designer Ge Wang, a Notre Dame alum who had childhood dreams of playing in the NFL, runs ESQ Clothing - a business that started in his condo and is now a destination for some of the world's best dressed athletes.

"If you were to ask me five years ago if you thought I would be making clothes for a living, I would have told you you're crazy," Wang said.

When Notre Dame offensive tackle Ronnie Stanley, who was drafted to Baltimore in the sixth, needed to take his fashion game to the next level, he came to Wang.

"Style is important," Stanley said. "I feel like it's important to look good. You want to look your best, especially when you're in a professional world."

A few years ago, ex-Bear Matt Forte wore a Wang suit to an NFL Honors ceremony. James Charles saw him and liked his suit.

"The next day, I had a message from Jamal Charles on my Instagram. That's crazy," Wang said.

"If you wanted to make. We can make it," Wang said. "It's really about just making everything from scratch. We're not going to say no. If you really want something we'll absolutely make it for you."

Wang's unique touch now comes with the help of a graphic designer, which means the option of adding an action photo to the inside lining. He said that it's subtle and online reaction has been a mix of "greatest thing ever" to "completely hideous," but it's not seen unless the coat comes off.

In the end, even NFL players want to look good off the field.

"It's not just seeing our clothes, but it's seeing guys happy in our clothes. If we do our jobs and they're happy, we get a lot of satisfaction in that," Wang said.