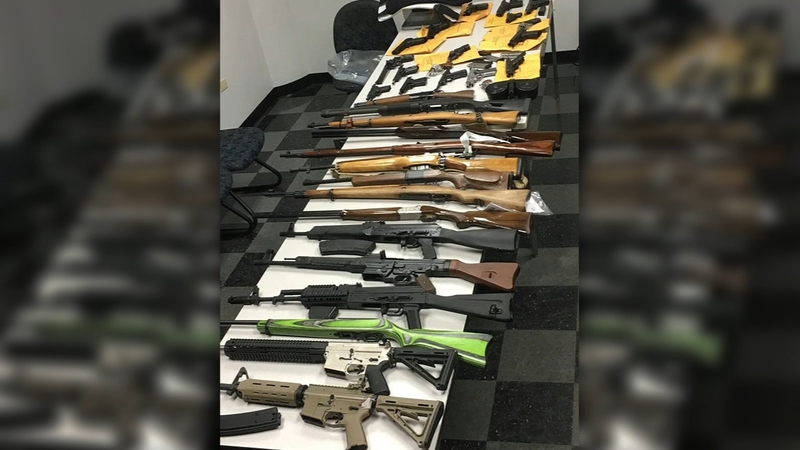 CPD works to get illegal guns off Chicago streets

CHICAGO (WLS) -- Chicago Police Superintendent Eddie Johnson has been working to stop the flow of illegal guns on the street.

He said he's proud to announce some new numbers.

"As of today, CPD has seized over 100 high-powered assault rifles so far this year, representing a 34-percent increase compared to the assault weapons we recovered at the same time last year," Johnson said Thursday.


Johnson attributed the increase to a combination of things. He said there are more weapons like these on the streets now, that the CPD's gun task force has worked hard and that they had help from the community.

"I'll tell you this. In the last couple of years, we have seen the community come back to help engage with the police department, to support us. Because let's face it, how often does the police actually witness this take place? That doesn't happen very often. So we have to rely on the community to tell us things and they are doing that now. As a result of that, we are able to recover more weapons," Johnson said.

Johnson also stressed that the gun-dealer licensing bill needs to be passed in the state legislature to help this effort.

He said it will push gun dealers to be more professional, requiring a documented trail for firearms to cut down on straw purchases.