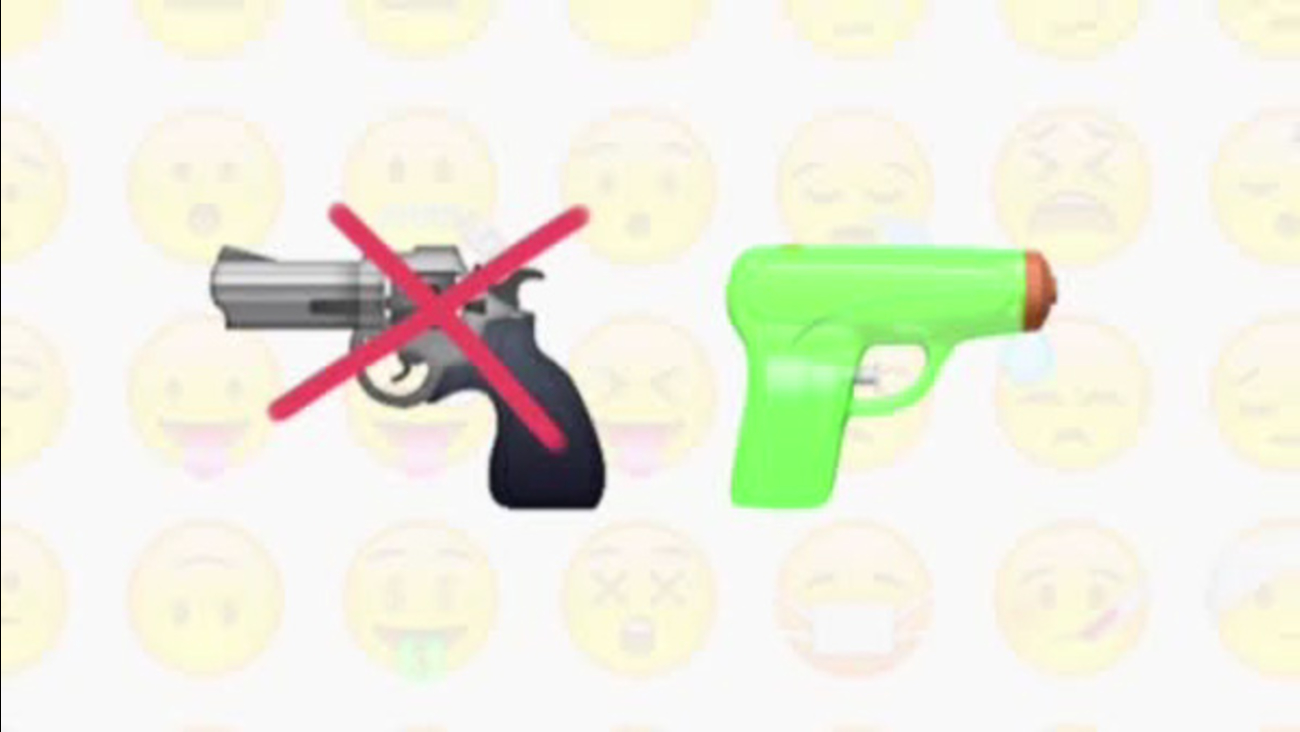 Apple announced Monday it will replace its controversial gun emoji with a water gun emoji in its new iOS 10 software update.

Last year, an organization called New Yorkers Against Gun Violence started a campaign to get the tech company to scrap the pistol emoji.

It's just one of more than 100 new and redesigned symbols coming this fall.