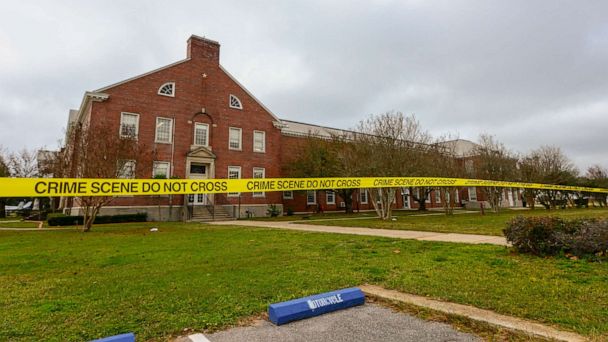 The FBI has issued a warning that would-be terrorists and criminals could exploit the same U.S. gun law loophole that allowed a Saudi military pilot to legally purchase a handgun he allegedly used in a deadly shooting rampage this month at a Florida naval air station.

The warning was included in an intelligence report released on Monday in which FBI officials said, "This assessment is made with high confidence."

Mohammed Alshamrani, 21, a second lieutenant in the Saudi air force who was in the United States for flight training, was able to buy a Glock 9 mm pistol from a Florida gun shop by taking advantage of a federal gun law exception that allows foreign nationals to legally purchase weapons with a valid hunting license.

"The FBI assesses non-immigrant visa holder extremists and criminal actors almost certainly are capable of exploiting a federal statutory exception that allows non-immigrant visa holders in the United States -- who otherwise are prohibited from purchasing or possessing a firearm or ammunition in the United States -- to legally purchase firearms, including high-capacity military-style riles, with a valid hunting license or permit to conduct a violent attack in the homeland," the FBI's intelligence report reads.

The FBI report also states that foreign terrorist groups "likely will issue additional messages encouraging U.S.-based extremists to exploit perceived gaps in gun laws to obtain weapons for a homeland attack in the near term."

Using a hunting license, Alshamrani bought his handgun on July 20 at Uber's Lock & Gun shop in Pensacola, a source familiar with the purchase told ABC News.

Alshamrani was shot and killed at the scene by Escambia County Sheriff's deputies.

The FBI noted in its report that as of this month, an internet search for "Can non-citizens buy guns in the U.S.?" showed multiple articles on how non-immigrant visa holders can legally buy firearms if they have a valid hunting license.

The Pensacola rampage is being investigated as an "act of domestic terrorism," but federal authorities have yet to definitively call it a terrorist attack.

On Sept. 11, four months before the massacre, Alshamrani posted a cryptic phrase on the internet, writing "the countdown has started", according to a Joint Intelligence Bulletin obtained by ABC News.