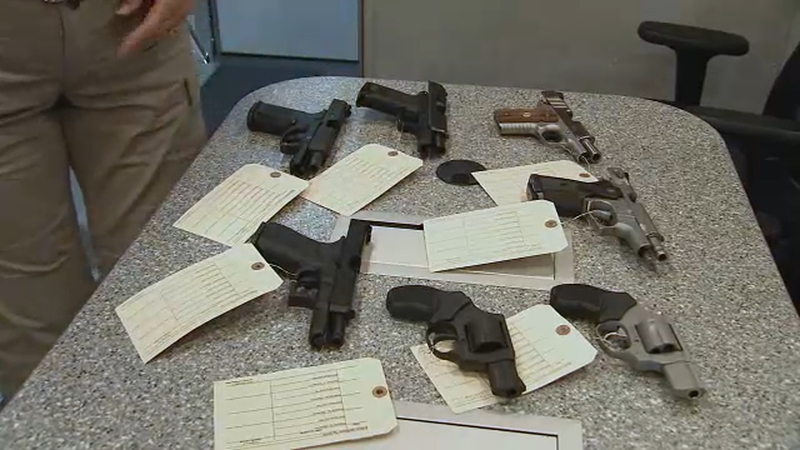 CHICAGO (WLS) -- The court case reads like a classic undercover informant case: a man who claims to have made numerous gun runs to Indiana with accused-trafficker Benjamin Cortez-Gomez turned on him, according to federal agents, and provided the information that led to last week's arrest. Monday, U.S. prosecutors say Cortez-Gomez should be held without bond, in part, because of his danger to the community.

Known as "Bennie Blanco" on the Snapchat page that ATF agents say he used to cut deals with gun customers, he's seen in social media posts posing in front of the same car they say he used to smuggle illegal weapons from Indianapolis to Chicago, across what has become a gun runner's alley.

ATF agents say Cortez-Gomez uses the Snapchat name "Bennie Blanco" to cut deals with gun customers online. He is also seen in social media posts posing in front of the same car they say he used to smuggle illegal weapons from Indianapolis to Chicago, across what has become a gun runner's alley.

After following Cortez-Gomez from Indiana last week, authorities say they found seven guns in the trunk of his car.

"That case started because of ATF'S relationship with the Cook County Sheriff's Office," said Kristen deTineo, Special Agent in Charge, ATF-Chicago. "That is typical, that is where we identify and want to disrupt those trafficking schemes. Firearms trafficking is a cornerstone of our strategy, we cannot have people bringing guns from the legal marketplace into the illegal marketplace, putting them in the hands of people who intend to do harm."

ATF technicians test-fired each of the seven guns and analyzed shell casing marks to see if any had been used in crimes. Although, when the I-Team was on the scene in ATF's mobile ballistics lab, all but one of the seized guns appeared brand new.

At a virtual court hearing Monday in front of new federal Judge John Kness, prosecutors highlighted a long list of Cortez-Gomez's crimes since 2011 when he was initially arrested on a gun charge. They also pointed a scene, first reported by the I-Team, when police tried to stop the accused trafficker after a carjacking two years ago. It was that crime that landed him at the downstate Lawrence Correctional Center until last March when he was released on parole.