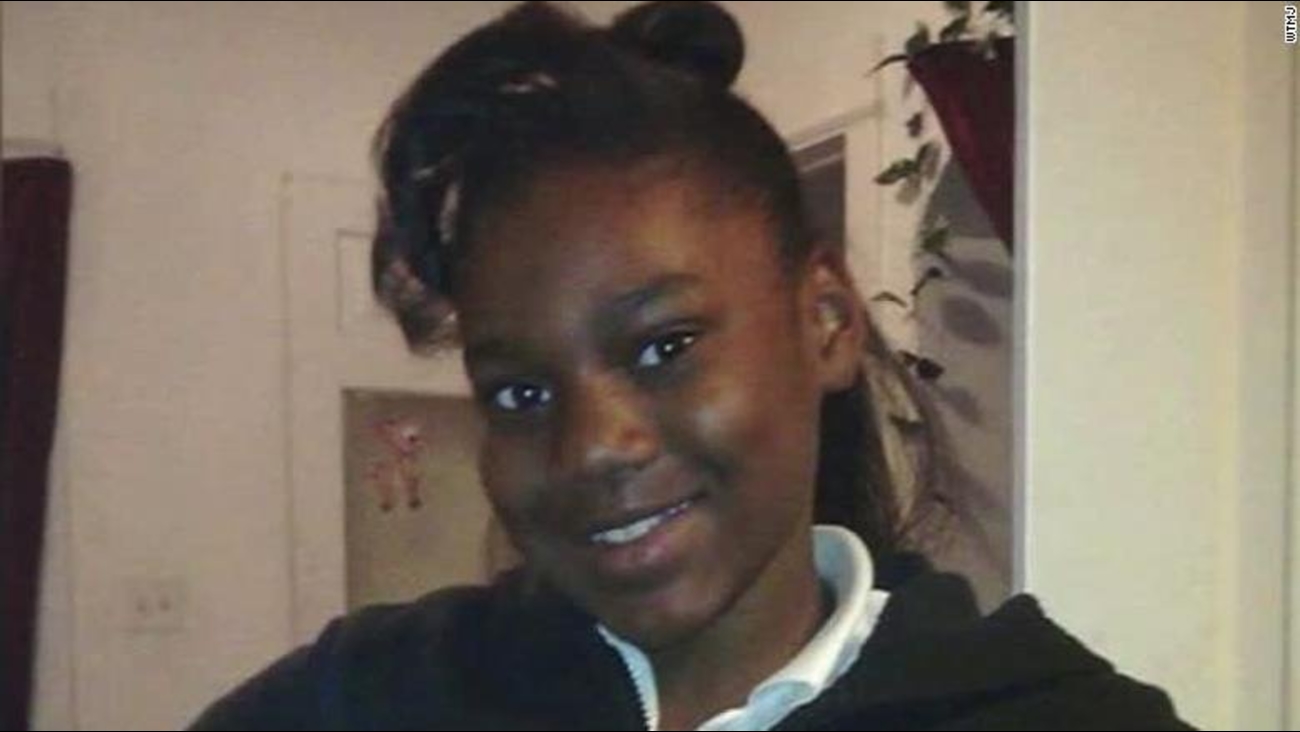 Sandra Parks wrote an award-winning essay about gun violence in her hometown of Milwaukee. She became a victim herself Monday when she was struck by a stray bullet. (WTMJ)

Sandra Parks wrote an award-winning essay about the constant shootings in her hometown of Milwaukee and elsewhere, and the emotional toll they have on young people like her.

"Little children are victims of senseless gun violence," she wrote. " ... I sit back and I have to escape from what I see and hear every day. When I do; I come to the same conclusion ... we are in a state of chaos."

Two years after she won an award for her essay, bullets shattered Sandra's bedroom window as she watched television Monday night. The stray bullet fired from outside her home hit the 13-year-old, killing her, CNN affiliate WISN reported.

"She took it like a soldier," her sister, Tatiana Ingram, told the affiliate. "She just walked in the room and said, 'Mama, I'm shot' ... The bullet wasn't even for her."

She was killed in her home

Milwaukee Mayor Tom Barrett described "the insanity" of gun violence in the city and nationwide.

"Sandra Parks ... went into her bedroom. She never came out alive," Barrett said at a news conference. "Tragically, her death was caused by someone who just decided they were going to shoot bullets into her house and she's dead."

Prosecutors charged two men in the shooting death Wednesday, including one who was found hiding in a closet after the incident, the affiliate reported. It's unclear if the home was targeted.

'My baby was not violent'

Parks, who was in eighth grade at Keefe Avenue School, wrote the essay in 2016, when she was in sixth grade. The essay won third place in the contest.

"Our first truth is that we must start caring about each other," she wrote. "We need to be empathetic and try to walk in each other's shoes. ... We shall overcome, when we love ourselves and the people around us. Then, we become our brothers keeper."

Dozens of people gathered for a vigil outside Sandra's home Tuesday night. They held up a plaque with her essay on it as they reflected on her calls against violence.

Her mother, Bernice Parks, said her daughter constantly spoke out against violence. "My baby was not violent. My baby did not like violence," she said.

During an appearance on Wisconsin Public Radio last year, Sandra said she picked the topic of violence for her essay because of the constant news on shootings.

"All you hear about is somebody dying or somebody getting shot and people do not just think about whose father or son or granddaughter or grandson who it was that was just killed," she said.