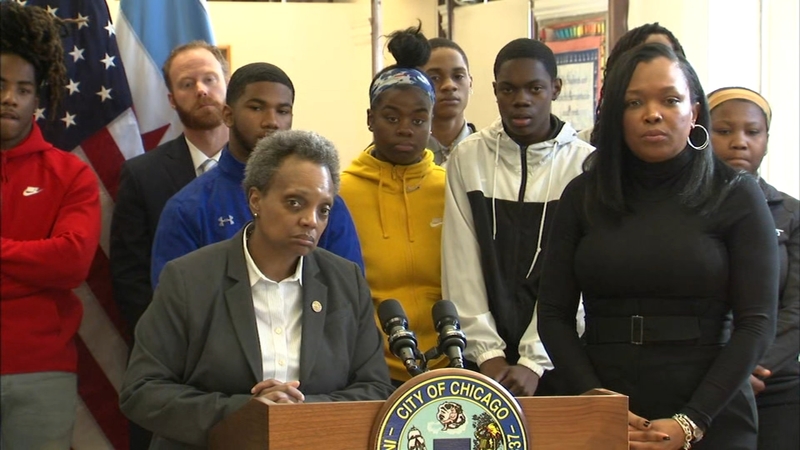 Lightfoot pledged more funding to "Choose to Change," which provides students at a higher risk of gun violence involvement in positive mentoring, therapy, enrichment activities and more. The announcement was made during a roundtable with CPS students at Wendell Phillips Academy High School.

"Each of us has a role to play in reducing violence. Today, we're joining students, parents and community leaders from across Chicago in a rallying cry to say enough of the shootings, the guns and the violence in our neighborhoods," Lightfoot said.

C2C will offer services to more than 2,000 students over the next three years, city officials said. Supported through public, private and philanthropic funds, the multi-year expansion will begin this summer, with the city's contribution of $1.1 million toward the district's summer-model program based on C2C, Summer for Change.

"This critical expansion of the Choose to Change program ensures more of our most vulnerable youth have the support they need and are empowered to follow a path of success," Jackson said.

This latest expansion of community-based intervention is focused on youth in 15 priority communities identified by the Mayor's Office where new investments will be targeted to support those who need it the most, officials said.

According to research by the University of Chicago Crime and Education Labs, C2C has not only proven to keep students safe and engaged while in the six-month program but has also had positive impacts on students after they leave the program. By engaging youth through the trauma-informed cognitive behavioral therapy and individualized holistic mentorship, C2C has significantly reduced the number of violent-crime arrests and the probability of any arrest for participants during programming, with effects lasting up to two to three years after the program starts, according to city officials. Additionally, C2C youth attend an additional seven days of school in the year after the program's start and have 32% fewer misconduct incidents in schools than the control group, which demonstrates a positive impact inside and outside of the classroom.

"Through our community policing initiatives, we're reaching out to the city's youth directly to combat senseless gun violence," Beck said. "The only way to create change is by listening to their experiences and working together with them to create a safer Chicago."

During the event, Beck also said there is a new effort underway to combat crime on the city's public transportation system.