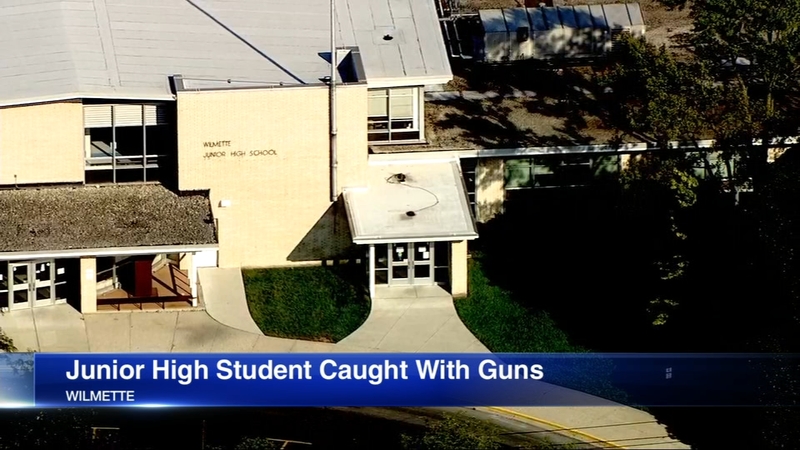 WILMETTE, Ill. (WLS) -- A junior high student in Wilmette may face charges after police found the child to be in possession of several weapons and explosive materials on Monday.

Wilmette Police said a concerned parent contacted police on Sunday after discovering loaded firearms in the child's bedroom. Officers learned that the child had also been experimenting with explosive devices and, though there was no information indicating a threat to the student's school, requested the Cook County Bomb Unit to conduct a protective sweep of Wilmette Junior High School "out of an abundance of caution."

In all, police recovered two handguns, a shotgun and materials that could be used to create an explosive, though authorities said that an operational explosive device had not been assembled.

The child is undergoing treatment at a secure facility.