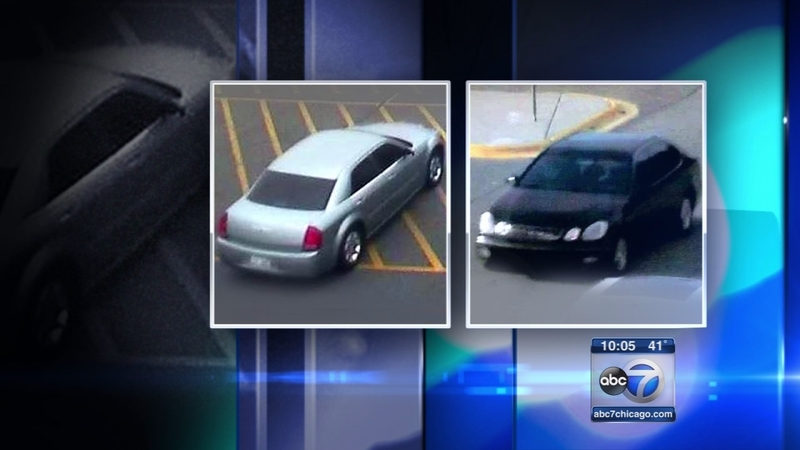 GURNEE, Ill. (WLS) -- Thieves are targeting shoppers in north suburban Gurnee, where police say 26 thefts have been reported since December 1.

Police said the thieves are breaking car windows or somehow defeating the locks. There have been more than two dozen victims this month.

Brittny Ellis is being extra cautious after learning about a series of car break-ins apparently targeting holiday shoppers.

"Maybe they know more people are at the mall because of holiday season and they have more valuable things, Christmas gifts, so I think it's just the right time," Ellis said.

Since December 1st, Gurnee police have responded to 26 vehicle burglaries. At least 18 of them happened at shopping centers, including Gurnee Mills. Gurnee police think the crew is operating in teams of two.

Surveillance cameras captured cars the men used to get around. They include a silver 4-door Chrysler and a black Lexus sedan.
"Like GPS systems, I take that out. Definitely don't leave anything lying around," said David Miller, a Gurnee Mills shopper.

Police advise shoppers not to make their cars tempting targets by leaving valuables on display.

"I usually carry it in with me into the mall, now I have to be extra careful," Ellis said.

If you recognize the cars in the surveillance photos and know who owns them, you're asked to contact Gurnee police.