WLS
By Will Jones, Leah Hope, Rob Elgas and Cate Cauguiran
CHICAGO (WLS) -- U.S. Rep. Luis Gutierrez (D-IL 4th District), who has deep roots in Puerto Rico, flew to Puerto Rico Friday morning on a plane loaded with supplies for the island, which was devastated by Hurricanes Irma and Maria.

Gutierrez landed on the island Friday afternoon and posted pictures of the devastation he saw from the air on Facebook.

Gutierrez was moved to tears Friday night in a television appearance as he described the destruction he saw on the island.

Gutierrez has been sharply critical of the Trump administration's response to the disaster, and is calling on the federal government to do more to help the people of Puerto Rico.

"I want to go and talk to many as possible. To hear from them personally - their strife, their tribulation, their struggles - and what it is, the message they want to bring back," Gutierrez said.

His United Airlines flight carried much-needed supplies for the island. He also packed some items personally, for his loved ones.

"I have talked to my relatives and there is rationing of food. Why would I be taking food this morning, if there was already food there? I would take something else. But I am taking things everybody taken for granted," Gutierrez said.

U.S. Senator Dick Durbin (D-IL) briefed leaders of Chicago's Puerto Rican community Friday afternoon as well. The senator sent a letter urging specific action by the U.S. to secure the basics of feeding the people left without food and water on the island.

The Chicago Cubs also helped Friday with the relief effort, sending generators, batteries and water as cargo on an American Airlines flight to San Juan.

Rebecca Carreres made the decision Wednesday to the leave Puerto Rico with her two daughters.

"It wasn't easy. No water. No electricity. No gas. No drinking water. It was really hard," Carreres said.

They took the first out flight they could get. That's what got them to Chicago Thursday night. Their final destination is Edmonton, Canada, to be with family.

"There are not many options to go out of the island," Carreres said.

Congressman Gutierrez will be spending the weekend in Puerto Rico. He will be back in Chicago on Sunday.

Tips to help after a disaster
Hurricane Maria, the strongest tropical storm to hit Puerto Rico in nearly a century, killed more than a dozen and left behind untold devastation.

While some are fleeing the island, others like Chicago volunteer Theresa Siaw are going there. Siaw works at Omni Healthcare in Humboldt Park. She just arrived back from Ponce, Puerto Rico, where she worked with Dr. Eric Mizuno delivering supplies and rescuing two teenagers.

"Dr. Mizuno is estimating the numbers of fatality to be really high. Because if it's a week, a couple of days, it would be different and not that big of a deal, but a couple of weeks, it's going to be a huge deal," Siaw said.

Desirae Kuceba, a 911 dispatcher, is also helping. Saturday she received a 911 call from a frantic woman who said her ex-husband in Puerto Rico owned a hospital and was in desperate need of diesel.

"The Red Cross contacted a rep from FEMA who in turn got ahold of her and then ended up getting the resources they needed down there," she said.

Monday Kuceba got a call back from the woman.

"She said to me that, you know, they got there with two hours to spare. And to know that we helped save the lives of 20 people, it was a really good feeling," she said.

There was also little to no cell phone communication, but the few times Sabal was able to talk to her family they had only one request.

"They said, please take care of our children while we can take care of people at the hospitals here, so I wanted to do that for her," Sabal said.

"I saw a message on Facebook of a person that's one of my neighbors in Puerto Rico saying that they just landed, we're coming with a plane with supplies and they had a few seats available to evacuate if someone needed to," she said.

Sabal's family had little time to grab what they needed in order to make the flight, but they managed. Her cousin Wanda Vargas traveled with a purse and the clothes on her back.

"I had to make the decision to, okay, let me go with them, because they were almost alone," Wanda said.

The tearful reunion came with more stories of devastation.

"It's really hard because we never experienced this," said Monica Rodriguez, evacuee.

"Everything is, like, destroyed and we can't contact each other. There's no water and the water, if there's water, it's dirty," said Carola Cabrera, evacuee.

"They're my family, so most, like, anyone would do for their family, I wanted to do what I could for my country," Sabal said.

Ten days after Hurricane Maria slammed into Puerto Rico as a Category 4 storm, the island is dealing with a humanitarian crisis as millions remain without electricity and water, and limited access to gas and cash.

At least 16 people have died in the US commonwealth as a result of the storm, the government has said.

The majority of the island is without power, with the exception of people and facilities using generators, the US Energy Department says. And heavy rain is expected this weekend -- and that could make recovery efforts on the island of 3.4 million people even harder.

Puerto Rico is under a flash flood watch because of the expected rain, which "will exacerbate the current situation," the National Weather Service said.

About 3,000 crates of private-sector goods -- such as food meant for grocery stores -- have been sitting idle at the Port of San Juan, in part because not all drivers have reported back to work since Maria, and other logistical challenges, Gov. Ricardo Rossello said Friday.

None of the idle containers carried aid sent by FEMA; that aid was continually distributed, FEMA officials have said.
Rossello's count of the idle crates was lower than that of two shipping industry officials.

Emergency workers have been to all 78 of Puerto Rico's municipalities and started coordinating with local leaders, de la Campa said.

President Donald Trump on Thursday authorized a 10-day waiver of the Jones Act, a federal law that limits shipping to US ports by foreign vessels. Rossello and other US officials had argued that a waiver would expedite the shipping of supplies to the island.

Nearly 1 million meals and about 2 million liters of water have been handed out as of Friday, according to FEMA.

The government-mandated evening curfew instituted to prevent looting will now start at 9 p.m., instead of 7, Rossello said Friday. That gives citizens -- many of whom are spending hours in line at banks, fuel stations and groceries -- two extra hours to get tasks done. The curfews still end at 5 a.m.

Water service has been restored to about 45% to 50% of the island's customers, de la Campa said Friday. That's up from about 33% from Thursday, he said.

Hospitals in Puerto Rico have been struggling to treat patients. Some don't have enough medication, while others have a shortage of fuel for generators.

Officials have given conflicting information about the number of hospitals that are open. FEMA said Thursday that 48 of the island's 69 hospitals were operational. On Friday, Rossello said 36 hospitals were open, with power delivered regularly or thorough diesel-powered generators.

The US Army has been delivering fuel to hospitals as part of a rotation plan developed by FEMA to ensure the facilities have continuous power, officials said.

Many Puerto Ricans are waiting in line for hours to get gas. There were about 100 cars backed up early Friday at one San Juan station. A man at the front of the line told CNN's Boris Sanchez he'd been there since 9 p.m. Thursday, and had slept in his car, waiting for the station to open.

About 675 of the island's roughly 1,110 gas stations were working as of Friday morning, according to the Puerto Rican government's website for information on the recovery.
BANK CLOSURES

Puerto Ricans are running low on money, and many businesses, such as supermarkets and gas stations, will accept only cash because credit card systems are down.

At least half of all bank branches remain shuttered, in part because they can't get enough armored trucks with gas, or truck drivers, to deliver the cash safely.

The roughly 90 bank branches open are limiting the amounts people can withdraw per day, the governor said Friday, to ensure everyone can get some cash, even if it might not be all they want.

Banks are also struggling to get software and safety systems back online, according to Zoime Alvarez, vice president of the Association of Banks of Puerto Rico.

The Pentagon has appointed Lt. Gen. Jeffrey Buchanan to lead all military hurricane recovery efforts in Puerto Rico. Buchanan is a three-star general and the commander of US Army North (5th Army).

The San Juan airport started allowing more than a dozen commercial passenger planes to fly in and out after air traffic control services were restored.

The Port of San Juan and seven other ports were open Thursday, some with restrictions, the department said.

The US Army Corps of Engineers have been assigned to help Puerto Rico rebuild its infrastructure, a FEMA deputy director said.

The US Federal Highway Administration has announced the immediate availability of $40 million to help restore roads and bridges across the island and damage related to mudslides and flooding.

How to help Puerto Rico 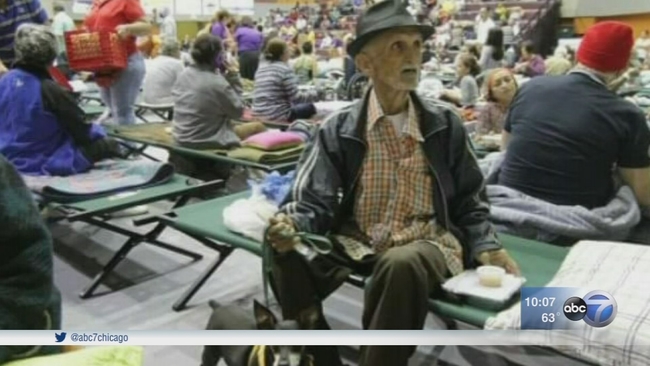 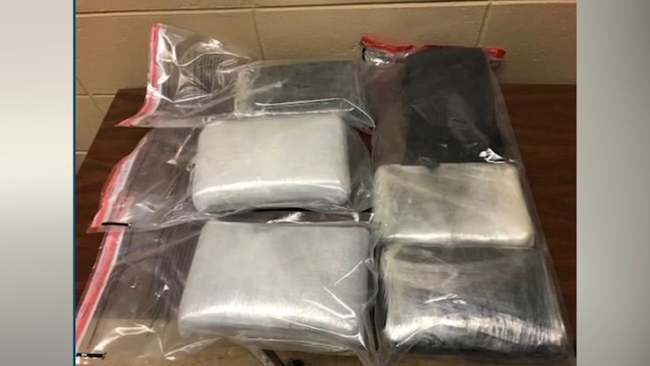 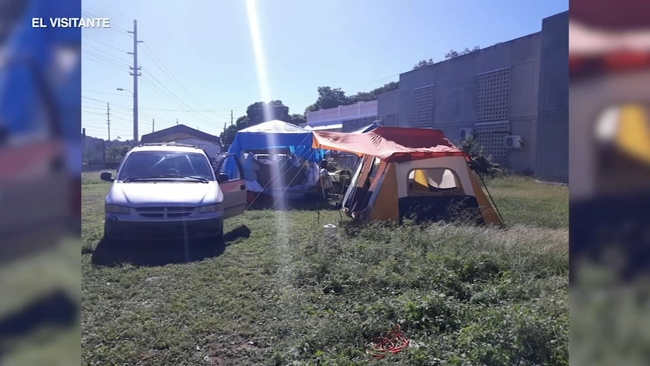