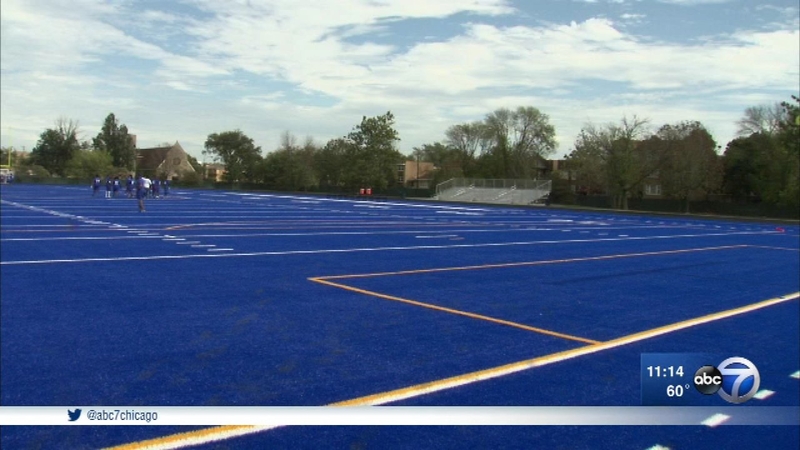 The new state of the art stadium, located in Chicago's Roseland neighborhood, will be used for football, soccer, and track. It also features a year-round playing surface in the school's color, bright blue.

The stadium cost $3 million to complete. Chicago Mayor Rahm Emanuel said the stadium is an investment in the future of the students.

U.S. track and field champion Alexandria Anderson was at the ribbon cutting ceremony Saturday morning. The Chicago native said she knows what it takes to make a stadium great.

"To be able to get brand new and top of the line stadium...it's such a great opportunity. And should elevate their athletic programs for sure," said Anderson.