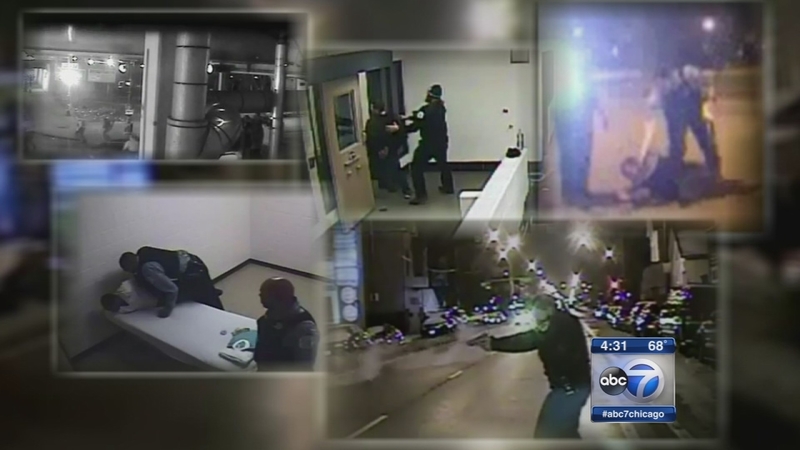 Now, a group of people is trying to help the public make sense of it all.

The videos detail everything from police roughing people up to officer-involved shootings. After a while, all of it seems to blend together. And that's where this motley mix of techies, lawyers and independent journalists working late night at the Merchandise Mart comes in.

"This night is about people getting together using data and technology to make the city of Chicago a better place," said Derek Eder, a Chi-Hack Night founder.

While some use their tenacious tech to raise awareness about everything from bike lanes to pension payments, one group has a different mission.

"I keep finding Eddie Johnson's name as the watch commander on some of these - and he's our new superintendent," Chaclyn Hunt, of Invisible Institute, told the group.

They are volunteers turning the police data dump into actionable intelligence.

The Invisible Institute is collecting data on police misconduct going back several years and translating it into an easy to understand format.

"In the category of use of force, we're looking at about 2,848 allegations," Hunt said.

Their data shows only 56 of those cases were sustained. They've also produced a heat map, showing where complaints are the most common.

"A lot in Englewood, there's where the hotspot is," Hunt explained.

These hacktivists, as they call themselves, praise the city's recent release of information. Now they're using it to try to flag problem officers.

"The thing about transparency is it doesn't happen automatically when the city dumps that data," said Darryl Holliday, Invisible Institute.

This group hopes they can turn hard to understand data into easy to comprehend information and that will translate into action.